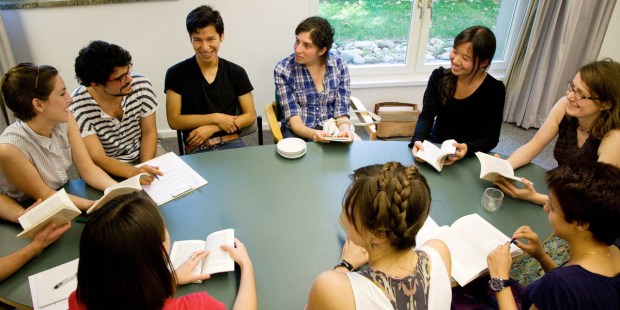 In today’s job market being able to think critically is more important than any specialized skill.

The labor market is changing rapidly, every source knowledgeable about the matter is either expressing concerns about the effects automation will have on labor intensive industries, or about the major effects artificial intelligence is bound to have on more traditional professions like engineering, law, accounting, and medicine. The current consensus is that we are headed to a new job market where many of the jobs we know of today will not longer exist and where today’s degrees will lose relevance, as most of the skills the students learn in today’s universities won’t help them cope with the new realities of an economy that will prize highly-skilled, well-trained, and adaptable employees who work alongside very smart machines.

All of these predictions seem grim for all vocations alike; nevertheless, they can also be seen as an opportunity for all those disciplines that don’t rely on a specific set of specialized skills, but on the general skills of critical thinking and eloquence. Under these conditions it is not crazy to think that, in 10 to 15 years, a liberal arts degree that teaches to think critically and to have an eye on the big picture of things will be more valuable than a traditional degree on engineering, law or accounting.

In a way, it is already possible to see evidence of that future. Because of a set of problems peculiar to their own job market (basically, a large population with a PhD degree competing for an ever smaller amount of jobs in academia), many philosophers have been forced to find jobs outside of academia. And the results of that process of philosophers going about the world, as Rebecca J. Rosen and Helen De Cruz report, are better than could have been expected. Each one of the philosophers reported has been able to find fertile ground for his or her activity outside of academia. But, the most important aspect of this trend is noticing what these philosophers can contribute to their new environments: critical thinking, clear writing, quick learning. As Zachary Ernst, one of the philosophers interviewed by De Cruz, puts it:

“As a professional philosopher, if you haven’t gotten over-specialized and narrow, then you’ve got really good analytic and communication skills. So you’ve got the ability to learn quickly and efficiently. You’re also in the habit of being very critical of all sorts of ideas and approaches to a variety of problems. And if you’ve taught a lot, then you’re probably pretty comfortable with public speaking. Those skills are very rare in almost any workforce, and they’re extremely valuable.”

On the other hand, it should be pointed out that, despite the newness of factors forcing this renewed relevance, this role as a reliable source of critical thinking and eloquence is not really new in the history of the humanities. It is, actually, a role they have constantly played throughout history. Simon Leys claims, for instance, in one of the footnotes to his superb translation of The Annalects, that the civil service that ran China for thousands of years was an embodiment of Confucius’ humanist ideals and that officials were selected:

“… through an examination system that essentially tested their knowledge of the Classics and their literary talent. With such an intellectual equipment, a local prefect was expected to dispatch single-handedly all the affairs of a large territory with a vast population, performing simultaneously the functions of administrator, judge, engineer, economist, police officer, agronomist, architect, military commander, etc. (not to mention that, in his leisure time, he was also supposed to be a competent calligrapher, poet, writer, painter, musician, and aesthete).”

And ending the note with a dash of his very dry and sarcastic Belgian humor, Leys says that:

“The universal aim of Confucian humanism should have particular relevance for us today, as our modern universities seem increasingly concerned with the mere training of ‘specialized brutes.’”