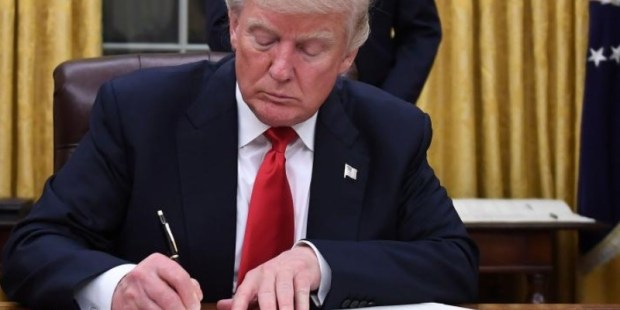 “The federal government should do everything within its authority to empower individuals by providing opportunities for work, including by investing in federal programs that are effective at moving people into the workforce and out of poverty.”

In the wake of the Great Recession, millions of Americans have enrolled in government aid programs. CNN has the numbers:

More than 74 million Americans are on Medicaid, while more than 41 million people receive food stamps, formally known as the Supplemental Nutrition Assistance Program, or SNAP. (Enrollment in food stamps has drifted down from a peak of more than 47 million in 2013.)

The Trump administration has taken several steps in an effort to more stringently require low-income Americans to work for their federal aid. Earlier this year the Centers for Medicare and Medicaid Services gave states the authority to mandate that some enrollees must work, which has never been required before.

The administration says they chose this time to implement these changes because unemployment is nearing record lows and businesses are once again looking to hire able-bodied working age adults.

Robert Doar, former overseer of New York City’s public assistance programs, hailed the order as “a strong signal to federal agencies that they need to prioritize adding or strengthening work requirements.” He went on to state that, “People can’t rise out of poverty if they are only receiving SNAP and Medicaid. These programs were meant to supplement earnings, not replace them.”

Consumer advocate groups worry that this new mandate will not take into account medical difficulties or parental responsibilities that can often keep people from employment and ultimately may lead to millions of Americans losing access to vital services. Rebecca Vallas, vice president of the Poverty to Prosperity Program at the Center for American Progress, commented that, “So-called ‘work requirements’ are premised on a set of myths about poverty.” She went on to argue that many low-income Americans who can work, already do.