6 Ways to tune out distractions and be more attentive 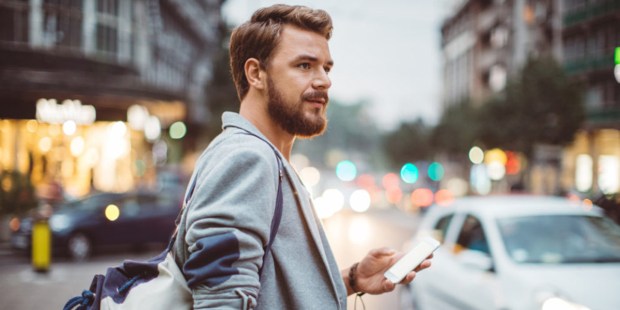 Even if you don’t live in a monastery, it’s achievable.

Boredom seems to frighten most of us. And luckily, with modern technology and conveniences, we never have to deal with it very much. At home, the television is our constant companion and most households have it turned on an average of five hours per day—a statistic that may not account for those of us who leave it on as background noise.

While we’re driving there’s the radio, and despite the danger, some of us even pull out our phones and text. Our phones are always with us today and we absentmindedly use them while standing in line. We even fiddle with them while conversing with another person. While shopping, riding in an elevator, or spending time in any number of public spaces, Muzak fills up the silence.

The war against boredom has even reached our churches, where empty moments are filled by another hymn or announcement. As soon as Mass or service is over, instead leaving silence for prayer we quickly begin chatting across the pews. Parents even suffer from the fear of boredom; I’ve caught myself in the act of trying to force my kids to “get up and do something,” as if children lying around and quietly thinking is a flaw that I need to train out of them.

Yes, better to be endlessly distracted than bored, it seems. The ease of distraction is seductive, and I’ve succumbed to it as much as anyone. Every year, I make a spiritual retreat where I limit my access to phones, television, and the usual entertainment that would fill up my day. I pray in the empty chapel, take walks in the woods as the trees blush with autumn, and watch the sunset from the bluffs at the edge of the Mississippi River. It feels like a really, really nice version of torture. The sudden loss of distractions feels like addiction withdrawal, and the difficulty of the first few days is enormous until my mind quiets down.

The experience of decompressing during these retreats has taught me that entertainment might have its pleasures, but if it becomes excessive it’s debilitating. The reason distractions are a mixed blessing is because they operate on the surface level. For instance, Muzak isn’t meant to really be heard and enjoyed the way your favorite band in concert would be. The piped-in music creates a false sense of “filling up,” of easing us through our day, but doesn’t add anything meaningful to our lives. Think of the difference between Muzak and Mozart’s Requiem Mass. It may be more difficult to concentrate on Mozart’s music, but the reward for listening to it is an experience of pure grace and beauty, a chance to encounter something deeper.

The philosopher Roger Scruton claims: “The background sounds of modern life are … less and less human.” The same holds true in other areas as well. We don’t walk in the woods anymore, or go outside to identify constellations in the night sky, or knit by the fireplace. Distraction is like air pollution—it slowly seeps in, reducing our quality of life, and we don’t notice until we’re practically choking. If we are so in need of distraction that we are constantly compelled to pull out the phone and stare at it, our humanity has become impoverished. There’s something beautiful about the way my daughters squabble over a pencil that they both love, because it means they feel deeply about something and are engaging in life even in the very smallest moments.

The vast majority of us aren’t able to drop everything and live in the silence of a monastery, but we can still learn to be more attentive in our daily lives. Some disciplines that have helped me to do this include:

1. Keeping the television off unless I’m sitting down to watch a specific show.

2. Getting in the habit of saying a prayer each time I go up or down a set of stairs.

3. Keeping the phone holstered at red lights, as well as the grocery store line and while speaking to someone.

4. Taking time each week for something spiritually uplifting, such as reading quietly or sitting on the porch with a cup of coffee.

5. Getting to Mass a few minutes early and spending that time in silence.

6. I have also found that although it’s often difficult to get away, making a silent retreat even for a few days each year is enormously helpful.

However we choose to slow down, let’s not be afraid to risk a bit of boredom. It gives us the chance to find freedom from our distractions and develop a deeper appreciation for life.