Meet Thea Bowman, granddaughter of a slave on the road to canonization 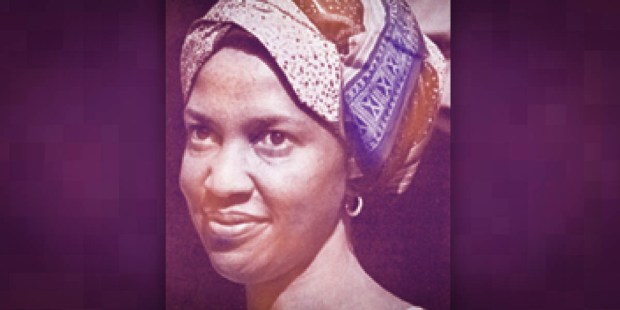 She spent much of her life ministering to the spiritual needs of the African-American community.

Thea Bowman was a trailblazer in the United States. She worked zealously as a teacher and made a profound impact on the African-American community that endures to this day. Her life is an inspiration to many and recently the diocese of Jackson, Mississippi has begun investigating her life in a possible case for her canonization.

Bowman was born on December 29, 1937, in Yazoo City, Mississippi. Her grandfather was born a slave, and she was raised into the Methodist faith. After her family moved to Canton, Mississippi Bowman was enrolled in Holy Child Jesus school. While there Bowman was drawn to the Catholic faith and asked her parents if she could convert at age 9.

When she turned 15 Bowman moved to La Crosse, Wisconsin and joined the Franciscan Sisters of Perpetual Adoration (FSPA). She became the first African-American member of that order.

After attending Viterbo University, she pursued advanced studies at the Catholic Unviersity of America. She then spent 16 years teaching at all levels of education. After this career in education the bishop of Jackson, Mississippi, invited her to be a consultant in his diocese.

She accepted the new position and worked for many years breaking down barriers. According to the FSPA’s website, “In her role as consultant Sister Thea … gave presentations across the country; lively gatherings that combined singing, gospel preaching, prayer and storytelling. Her programs were directed to break down racial and cultural barriers. She encouraged people to communicate with one another so that they could understand other cultures and races.”

She said once, reflecting on her heritage and Catholic faith, “What does it mean to be black and Catholic? … It means that I bring myself, my black self. All that I am. All that I have. All that I hope to become. I bring my whole history, my traditions, my experience, my culture, my African-American song and dance and gesture and movement and teaching and preaching and healing and responsibility as gift to the church.”

During an interview Bowman said, “I think the difference between me and some people is that I’m content to do my little bit. Sometimes people think they have to do big things in order to make change. But if each one would light a candle, we’d have a tremendous light.”

After struggling with breast cancer, Bowman died on March 30, 1990. She was revered as a holy woman during her lifetime and has inspired many since her death. On February 9, 2018, “Bishop Joseph Kopacz [of Jackson, Mississippi] has appointed Redemptorist Father Maurice Nutt to begin researching the life, writings and works of Sister Thea Bowman, FSPA, in what may well be her first step on the road to sainthood.”

Read more:
This hairdresser slave is on the way to canonization