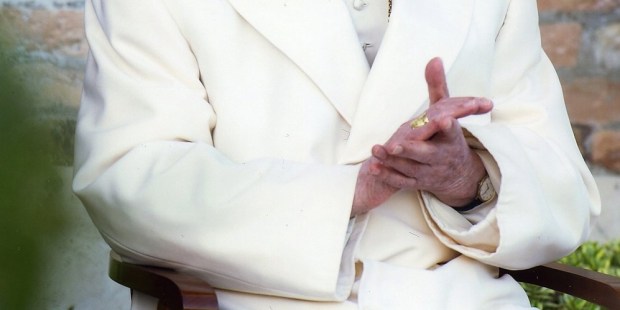 Pope Emeritus Benedict XVI still enjoys a strong mind at age 91, assured Archbishop Georg Gänswein, the private secretary of the former pontiff who is also prefect of the Pontifical Household.

While his strength is lessened, he remains in a good mood, and enjoys good company, the archbishop added, speaking ahead of a presentation of a documentary on the German Pontiff, shown at the Vatican Film Library.

The Emeritus Pope was just then praying the rosary in the Vatican Gardens, Gänswein said.

This evening, the band of the Pontifical Swiss Guard was to play in honor of the Pope Emeritus at the Mater Ecclesiae monastery where he resides.

And this morning, Pope Francis offered his morning Mass in the Casa Santa Marta for the intention of his Predecessor.