Can we really improve our character? 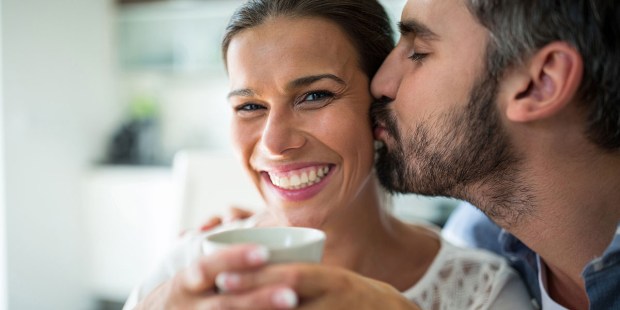 We may like our defects, but admitting to them leads to much greater things personally and professionally.

Admitting and showing our wounds and defects makes us great as people and brings us closer to others.

It is a universally recognized truth that we are not perfect. But sometimes we can let this fact by-pass by without “customizing” it — that is, without making it our own.

There are even those who turn the defects of their character into bragging rights: they rebrand arrogance as “leadership ability,” call anger “having a strong character,” and so on.

So why bother improving your character if staying the same brings you social benefits? “I am the most admired in the neighborhood; they fear me.” Or at work, “I’m a shark.” “They know I’m capable of anything and that makes me ‘untouchable.'” “Among friends, no one will speak up because they all know that you can’t go against my opinion.”

Justifying bad character is a big flaw and it can only be fixed if the person wakes up and realizes everything he is losing. He will see that there are people who distance themselves from him out of fear, because they don’t want to argue with a wall. And he will see the damage he’s doing to himself.

Having a bad character also means accepting a poor way of being human.  It is a poverty of spirit, an inner disease that calls for a look of mercy.

Do you remember the protagonists of Crime and Punishment? Just the loving look of a Sonya could redeem the murderer Raskolnikov from his own bitterness. But this was a Sonya who was able to accompany him to Siberia to do eight years of forced labor (we are not talking about a romantic but inactive gaze).

Becoming “lovable,” worthy of being loved

When one is not willing to recognize one’s bad character, it is very possible that one can be on the verge of losing love: the love of a spouse, of children, of friends … On the other hand, someone who knows he is imperfect and asks for help can at that moment become lovable, “worthy of being loved.”

How easy it is to love, help, and admire a “lovable” person, right?

But when someone barricades himself in his defects and says “This is just my character” to justify something bad in his personality, he should really be saying, “This is just my lack of character.” Because authentic character is perfection, having all values ​​to the full— and that’s impossible in a living person because we are always incomplete. We can and must improve, and that’s one of the great challenges of humanity.

Are we already aware that our character has flaws? Do we want to improve? Write down these tips that can help you.

Do a daily review of how your fight is going and write down what happened in three points: Did you fight? Did you win? What can you do now as a next step to improve? It’s important for you write it down so you can check your progress or your omissions. If we don’t jot things down, our memory can deceive us, and we can let four weeks go by without having done anything.