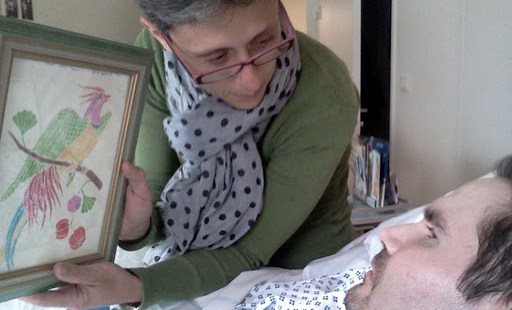 Speaking on case of Vincent Lambert, says we shouldn’t give up on people and life isn’t an “abstract concept”

Bishop Vincenzo Paglia, president of the Pontifical Academy for Life, spoke April 17 on the case of Vincent Lambert, stating that “life must never be interrupted.”

Life “is not an abstract concept; rather, it is about a person,” Paglia affirmed, speaking on the sidelines of a meeting on bioethics with French bishops.

Therefore, he said, it is necessary to accompany human life from beginning to end, and “not to do death’s work.”

On the contrary, “we must help those who are close to those who are sick: the family and doctors,” he continued, and never “give up” on someone in this situation.

Lambert is a 42-year-old Frenchman who suffered a traumatic brain injury due to an accident 10 years ago. Left quadriplegic by the injury, he needs a gastric tube to live.

His case can be compared to that of Terri Schiavo in the United States in 2005, especially as Lambert’s wife is seeking the removal of food and water, whereas his parents want to continue his care.

After leading the Regina Caeli on April 15, Pope Francis entrusted Vincent Lambert to the prayers of the faithful.

The hospital of Reims where he is located has decided to stop his feeding and hydration on April 19.

Read more:
I was at my wife’s deathbed for one reason, and it had almost nothing to do with me

When Pope Francis spoke about Lambert’s situation, he joined it with a call to prayer for little Alfie Evans, the almost-2-year-old boy in England who will have his life support removed, barring a reversal in courts.

Alfie’s parents want to bring him to Rome for treatment, as they insist that Alfie is not at a point where life support should be removed.

“We’re ready to welcome Alfie, as we do with so many children who arrive here from all parts of the world. Of course, we don’t promise to heal him, but to take care of him, without therapeutic overkill,” said Marinella Enoc, president of the Bambino Gesù Pediatric Hospital in Rome, to Avvenire. “According to our doctors who have visited him, it will be difficult for there to be a positive outcome, but they can alleviate the child’s suffering.”

Today, Alfie’s parents lost another appeal in court, but requested to bring their case to appeal a previous ruling from the Supreme Court.

Court of appeal judges ruled on Monday that they could not take Alfie abroad to receive treatment. The couple has already been ruled against by the high court, court of appeal, supreme court and European court of human rights.