7 Negative thoughts that will rob you of happiness 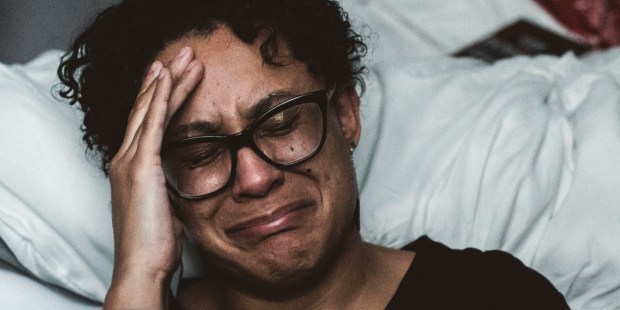 Here’s why you need to kick these thinking patterns to the curb.

We all have an intuitive sense of the relationship between body and soul. The Greek philosopher Aristotle also wrote about the influence of the passions on the body, and about the sadness and fatigue that evil causes.

Our body is like the beach. Everything that happens to us in the soul leaves marks on the sand: the waves, the high and low tides, the footsteps of each person. Everything is recorded.

Boris Cyrulnik, a prestigious neurologist and French psychiatrist who is well acquainted with human suffering — as a Jew who suffered Nazi persecution in World War II — wrote: “All our emotions are written on the body level.”

Preston Ni, a professor at Foothill College in Silicon Valley (California) and a lecturer on communication for more than 25 years, also wrote about this topic. In his book How to Let Go of Negative Thoughts and Emotions, he published a list of negative thoughts that prevent people from being happy. This list appeared in the magazine Psychology Today.

Preston says, “Many studies have revealed how chronic negative attitudes can affect health, happiness, and well-being.” So it’s best to be alert for the following types of negative thoughts…

“I can’t,” “I’m not worth it,” “I won’t get it right” … These are phrases with a negativity that often paralyzes us.  We set barriers within ourselves. It’s better to ask yourself “Why not?” and give it a shot. At least you will have tried.

Imagine that you are looking for a job.  “I can’t” eliminates many possibilities right from the start. Don’t let this happen. Give yourself a chance and go for it.

That seems to be the “measure of all things” for a distrustful person. If you go this way, you’ll push away many people who could positively influence  your life. Let it be you who finds out if it was worth knowing that person. Or how worthwhile it was to undertake that project.

To think badly is the cowardly attitude of the person who passes himself off as a wise man from a distance. Don’t get carried away by a prejudice that leads you to think everything will go wrong before you’ve even begun.

Not acting just because someone arbitrarily predicted a bad future means accepting mental barriers for no reason.

Even if we compare, the goal of getting to know the person better must take priority.

In life, we will get to know people who are better than us (hopefully many). That should not lead us to feel bad or envious but to be thankful for the gift of their friendship (if this is the case) and learn from them.

Nostalgia and melancholy are emotions that need to be kept in check.

We have to put the focus on the here and now. It’s not worth it to indulge in sterile lamentations, licking our wounds, or thinking that “any past time was better.”

Anyone who stays stuck in the past is looking for others’ compassion in a selfish way. He does not move, but he wants others to listen to him.

Goethe left us a magnificent quote on how to value the past: “I will not insist on the past. I’ll make better decisions today and move on. ”

At certain times in life, someone may have hurt us: an employer unfairly fires a worker, a partner swindles the other partner, a colleague lies, a brother betrays the trust of the family, a husband or a wife cheats.

But a misfortune can never condition a life 100 percent. We have to find the exit door from that situation.

We must remember the meaning of life and the responsibility to succeed. Attitude is key, says Victor Küppers in his books.

6  Not forgiving yourself for a mistake

All of us, absolutely all of us, make mistakes. Knowing that human nature is imperfect, what’s the point of expecting ourselves to act like a god?

Not forgiving yourself is stubbornness and pride. You have to know how to analyze the error,  recognize who you have hurt with it, and ask for forgiveness. And of course, you have to forgive yourself.

Sometimes those who say they can’t forgive themselves are hiding other truths, such as the fear that others will not forgive them, or that they will feel humiliated before others. We have to be humble and, although we may have taken steps down socially, we have our resources and those of other people to get ahead, no matter how deep the hole we find ourselves in.

7  Being afraid to fail

Fear can paralyze us. But we must not allow that to happen. It is a fear of something that has not yet happened and therefore it is an unfounded fear.

It’s good to know how to weigh the difficulties, but it has to help us think about what we do to overcome them, never as a justification for not acting.

Read more:
Sexual abuse victim: “I am like a negative that was never fully developed”