These saints were influential astronomers who wed science and faith together 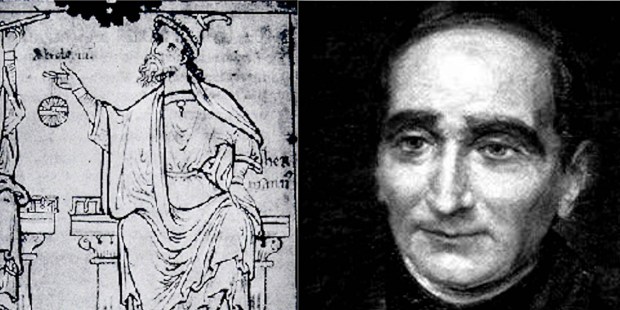 Not only did they study the stars, they glorified the Creator for their beauty.

Unfortunately, scientists are often pegged as atheists, under the illusion that anyone who truly delves deep into science will discover that God does not exist. However, that is far from the truth, as many of the first scientists and astronomers in the Western world were Catholic priests and religious. They did not see how delving deeper into the intricate workings of the cosmos could possibly lead them farther away from God.

In fact, for many of them, studying how the universe operated led them closer to God and opened them up to the marvels of creation.

To give a few examples, here are two astronomers who made significant contributions to the field of astronomy and who have been beatified by the Catholic Church.

Herman was born in Swabia in 1013 with severe physical deformities. Some accounts say that he had a cleft palate, cerebral palsy, and spina bifida. At the age of seven he was given to a Benedictine monastery where he remained for the rest of his life. What he lacked in body he made up for in his mind.

During his time at the monastery Herman showed to all that he was a genius. He excelled in mathematics and astronomy, translating many works that previously were only available in Arabic. Furthermore, Herman introduced various astronomical instruments to central Europe, such as an astrolabe, and a portable sundial. His works include star charts and complex calculations for such things as the earth’s diameter.

Born to a noble family in 1825, Francesco initially entered the military but then resigned and left to study in Paris at the Sorbonne. There he immersed himself in mathematics and astronomy under the guidance of Augustin-Louis Cauchy and Urbain Le Verrier. It was Le Verrier who used mathematics to help discover the existence of the planet Neptune. Francesco graduated with a theses in mathematics and one in astronomy on the topic of celestial mechanics.

After graduating he took a position at the University of Turin and was a popular lecturer, often leading courses in astronomy, in addition to his position as a professor of mathematics. He is known today in mathematics for the “Faà di Bruno’s formula,” which is named after him. According to the Catholic Encyclopedia, “In recognition of his achievements as a mathematician, the degree of Doctor of Science was conferred on him by the Universities of Paris and Turin.”

However, Francesco eventually felt called to the priesthood and left his illustrious career to become a humble priest who served the poor and most vulnerable of society. John Paul II said during his beatification homily, “Francesco Faà di Bruno [set out] on the path [to help] the poor, the humble, the helpless, making him a giant of faith and charity. Thus was born a whole series of works and welfare activities which is not easy to make a list. Also in the scientific field he was able to bring his consistent testimony of a believer, in a period in which the dedication to science seemed incompatible with a serious commitment of faith.”

Read more:
How Did the Star of Bethlehem Appear? What Science Tells Us and the Saints