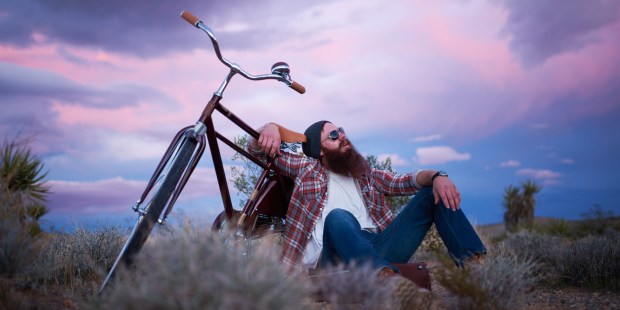 A guide to help you understand the new generation of believers

The Catholic Hipster Handbook is the title of a book recently published by Tommy Tighe (@theghissilent), a Catholic blogger and influencer from California, father of four children, whose goal is to find and promote the coolest elements of Catholicism.

A hipster (for those who are out of touch with youth culture) is a member of a young urban upper-middle-class subculture associated with alternative tendencies in music and fashion, a taste for all things “vintage,” and progressive attitudes, ecological awareness, and alternative lifestyles.

Tighe, who is well known in the United States for his online activity, gathers in this book original content about Catholics from a modern and trendy perspective.

Along with Tommy Tighe, a variety of journalists, writers, influencers, academics, and Catholic clergy and religious contribute to this practical manual that will help any Catholic newbie to orient him- or herself quickly in the world of Catholic hipsters.

“Yes, [hipster Catholicism] exists, and you have friends out there,” says Tighe in the introduction. One of the aspects of this subculture that is described in the book is Catholic hipster slang, essential for understanding this trend. Here are 10 phrases, explained by one of the book’s contributors, Sergio Bermudez, including both common slang terms and others he himself invented in the “hope” that they “will catch on”:

• Catholic thirst: When a person desperately wants to get married, without much concern about who that future spouse will be. Their urgency is palpable, and they evaluate everyone they meet from this perspective.

• Emotional chastity: According to Bermudez, this is one of the weirdest terms in the slang lexicon. It means being disciplined with your emotions.

• Guard your heart: A warning for people who get too anxious when they start dating. “Don’t start planning that wedding right away,” the author warns those this term applies to. “Just be cool. Always.”

• How is your heart?: Not a question about your cardiovascular health; rather, it’s asking about “how you are feeling on a deep, emotional level.”

• Intentionality: Used when asking about the intentions of a person regarding the future of a relationship which has just begun. Knowing how to define your intentionality can be tricky, because you don’t want to sound like you’re “thirsty,” but you don’t want to come across as “jumping into a relationship for the wrong reasons.” So, the author says, this question requires an intelligent answer.

• Nunnabe: A “wannabe nun” (a woman who wants to be a religious). Nunnabes talk about it all the time and can’t wait to enter the convent.

• Predestinationships: When people seem to find their soul mate, or think that their relationship is predestined for some special reason.

• Steubies: People who went to Franciscan University of Steubenville. They are easy to recognize, because they know all the Catholics in the area—and all the Steubies know each other, too.

• Tradbro: A conservative devout Catholic. He can be a little obnoxious, but the fact that he’s also a bro (and knows it) makes him likable.

• STREAM: An acronym for Saint Thomas Rules Everything Around Me. A very useful expression if you’re going out for drinks with your Thomist friends.

As Bermudez says, this is only a partial list, and as practically always happens with slang or any other aspect of language, these terms are flexible and evolving. However, if you work these terms into conversation with your Catholic hipster friends, they will let everyone know that you are, indeed, one of them.