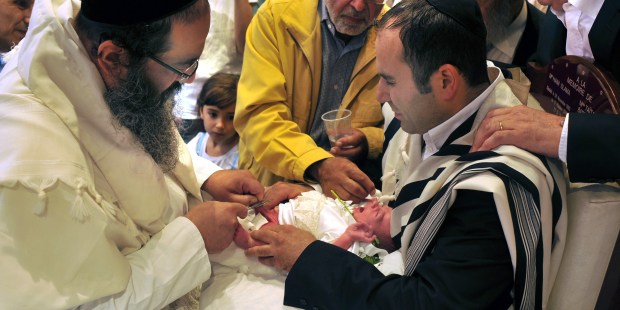 “That brings us back to 1933, when Hitler took power in Germany. And we know how it ended,” said Father Jakob Rolland of Iceland’s Catholic Church.

Leaders of Christian, Muslim and Jewish communities in Europe traveled to Iceland to voice their opposition to a bill that would ban the circumcision of boys in that country.

If passed, the bill, which was proposed by seven members of the Icelandic parliament in February, would subject parents who arranged for the circumcision of their male child to up to six years in prison.

Father Jakob Rolland, chancellor of the Catholic Diocese of Reykjavic, who along with other representatives of religious groups, gathered at the conference in Reykjavik this week, told Catholic News Service that the Church opposes the bill.

“If this bill goes through, it would mean regular persecution of Jewish people,” Father Rolland said. “That brings us back to 1933, when Hitler took power in Germany. And we know how it ended.”

Rabbi Moche Lewin, vice president of the European Conference of Rabbis, said the proposed bill requires a “break with the history of the Jewish people,” reported CNS.

“Circumcision and the identity of a Jewish boy are inseparable,” he said, adding the bill would “be felt as a message that the Jew has no future in Europe.”

Iceland’s Ombudsman for Children, Salvör Nordal, also spoke at the conference, telling the gathering that believes that the circumcision issue is a human rights issue.

“Circumcision done without medical necessity on an individual who cannot consent to the operation violates that individual’s rights, especially as the operation is both painful and irreversible. There are no medical reasons for circumcising children in the Nordic countries,” she said, according to a report in the Iceland Monitor.

Msgr. Duarte da Cunha, general secretary of the Council of European Bishops’ Conferences, denounced the proposed law on the grounds that it would discriminate against Jewish and Muslim people.

“If the proposal were made into law, it would not only be an infringement of the fundamental human right of freedom of religion or belief, but would also be perceived as a signal that people with Jewish or Muslim backgrounds are no longer welcome to Iceland,” said Msgr. da Cunha’s statement.

While Iceland has only about 250 Jewish citizens and 2,000 Muslims, religious leaders worry that if passed, a similar measure could gain traction in Denmark and other parts of Scandinavia, where there are hundreds and thousands of Muslims.