The astonishing Shepherd: The lengths to which God will go 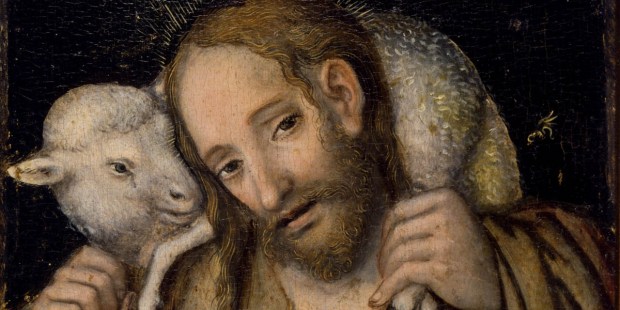 He has broken into the middle of a harsh world.

This Sunday is Good Shepherd Sunday, the 4th Sunday of Easter, Year B. Apart from being a day to pray for vocations to the priesthood, it is a day to notice just how far Jesus has gone for us.

First, it is amazing that the Lord of everything notices us at all.

“I am the good shepherd, and I know mine and mine know me, just as the Father knows me and I know the Father,” says Jesus Christ in today’s Gospel.

No matter how you look at the universe, that’s astonishing.

It’s astonishing if you think of the creation story from Genesis: “In the beginning, when God created the heavens and the earth.”

It’s also astonishing if you watch the 2014 docuseries Cosmos and consider all the spinning planets, distant stars and immense galaxies in our observable universe as only a small part of an infinite ocean of other universes —“universe upon universe; worlds without end.”

That the Being capable of creating and sustaining all of this should care about each of us is counterintuitive. But it’s true.

Read more:
Pope Francis: Einstein and Aquinas had it right on faith and science

Second, not only does God notice us; he comes to save us.

“There is no salvation through anyone else, nor is there any other name under heaven given to the human race by which we are to be saved,” says St. Peter in the First Reading.

The way of the universe is harsh and cold. Most newly hatched sea turtles never make it to the water; most of those who do get eaten when they’re young. The same logic affects species after species. Even human beings live lives of obscurity headed toward destruction.

But God breaks into the middle of a harsh world to shepherd those he has called out of darkness. He pursues us and gathers us. Ninety-nine turtles fleeing their pursuers might die for one to barely escape. But the Good Shepherd will leave 99 behind to keep just one of us from being lost.

Third, he not only comes to save us, he offers himself in our place.

“I am the good shepherd,” says Jesus in today’s Gospel. “A good shepherd lays down his life for the sheep. A hired man, who is not a shepherd and whose sheep are not his own, sees a wolf coming and leaves the sheep and runs away, and the wolf catches and scatters them.”

At the crucifixion, the apostles saw exactly what Jesus meant when he said that. He didn’t just stand before the wolf that came to devour them; he fed himself to the wolf so that it would leave us alone.

And he did it even as we rejected him.

Fourth, he didn’t just save us from destruction; he made us like himself.

“Beloved, we are God’s children now,” says St. John in the Second Readings. “What we shall be has not yet been revealed. We do know that when it is revealed we shall be like him, for we shall see him as he is.”

This almighty God — the one who orders the universe, the one who creates every molecule and every supernova — not only saves us, not only sacrifices himself for us; he makes us his children. He makes us like him.

As astonishing as that is, we know it makes sense. We were made with longings that will settle for nothing less than everything. John says we cannot understand what our life in God will be like — Pope Benedict described it as “plunging into the ocean of infinite love …  in which we are simply overwhelmed with joy.”

At Masses on Good Shepherd Sunday, long after the readings are over, we will all use shepherd language one last time when the priest holds up the host that is now the real presence of Jesus Christ and says, “Behold the Lamb of God, behold him who takes away the sins of the world.:

Read more:
How the lamb became a powerful Christian symbol