When Mary is the problem 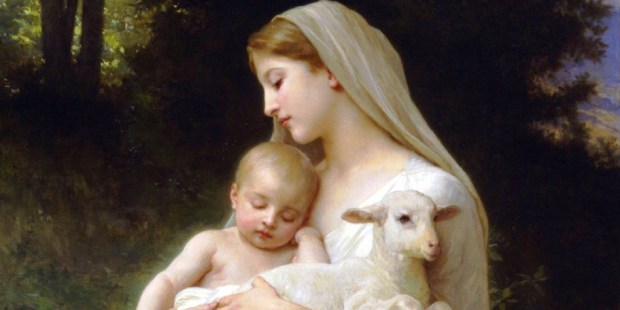 When someone is new to the Church, meeting his Mother might take a while. And that’s OK.

It was a particularly mind-twisting conversation. A Protestant man on his way into the Church told me how much he loved praying to the saints. He loved the idea of saints being patrons of different things. I brought up Mary. I think I suggested he start saying the Angelus.

He told me he didn’t like Mary being elevated over all the other saints. He liked other saints a lot more, and he’d keep talking to them instead. Weirdly, he loved the Marian dogmas. As far as I could tell, he liked Mary as an idea, but didn’t like her as a person he should know well. Much less know as his own Mother.

Sometimes you meet someone for whom the Blessed Mother is the way into the Church, but not often. Marian teaching and devotion only makes sense to most converts after they’ve been Catholic for a while. It takes even longer for it to feel natural. You have to assent to all the Marian stuff when you enter the Church, and I think most people happily do so. But for most new Catholics, it seems mostly theoretical. It certainly was for me. They decide (wisely) the Church is who she says she is, and whatever she says goes.

From the inside, we want the new Catholic to have everything the Church will give him. We especially want him to learn to know and love the Blessed Virgin. But he’s probably not ready.

Here’s the way I think of it, in case it’s helpful. Most converts go through stages of getting to know the Blessed Mother. It’s like the deep change in your feelings for someone you hadn’t thought much about, when you become friends and get to know him.

There are four stages. We have to be patient as our new Catholic works his way through the stages.

It starts with accepting him because he’s the good friend of my good friend, so you hang out with him. After you’ve spent enough time with him, you begin to like him on your own and to respect him as well. That can grow into more deeply understanding who he is. After more time together, that can turn into admiration, the kind that makes you want him to be your best friend, because you see he’s really amazing. You begin to love the guy.

I mentioned this on Facebook and my friend Lillian Vogl responded. “My own experience with Mary as a Protestant convert was almost exactly as you described, for about 15 years.” She’s been a Catholic for 20 years now.

When she entered the Church, she didn’t like the passive way Mary was often presented. Trying to pray the Rosary felt tedious. She’d prayed directly to Jesus and the Father since childhood. “I didn’t see the point of Marian intercession,” she wrote. “Not that there was anything wrong with it, but it wasn’t a priority for me.” That was the friend of a friend stage.

That, as you’d guess, wasn’t the end of it. “Eventually, Mary came calling for me,” she wrote. “She caught my attention first with the gift of a son, who was conceived shortly after a miscarriage, on the Feast of Mary, Mother of God, and then born (almost 3 weeks early, mind you) on the Feast of the Nativity of Mary. When it dawned on me that my son had been a particular gift from Mary and answer to prayers that hadn’t even been directed to her, I decided I should try again to connect with her, after largely shrugging her off as an accessory to my Catholicism for so many years.” That was the liking her on your own stage.

Lillian began listening to a Rosary podcast as she drove to work, and it became “an essential part” of her day. “As I prayed to her regularly, I started seeing Mary in a new light, as actively accompanying us Christians, especially in addressing challenges in marriage and family life (the wedding at Cana), facing the worst of human cruelty and hardest of trials at the foot of the cross, and conquering the Devil in her Assumption and crowning.” Reading St. John Paul II’s Redemptoris Mater  helped a lot. That was the growing understanding stage.

For Lillian, the thing that made her want to be best friends with Mary was making a Total Consecration to Jesus through Mary. She read both St. Louis de Montfort’s classic True Devotion to the Blessed Virgin and Fr. Michael Gaitley’s 33 Days to Morning Glory. “These books opened my eyes to just how powerful Mary’s intercession is, how closely she is linked with the Holy Spirit, and how essential a personal relationship with her is to being able to enter into the fullness of the Christian, Spirit-led life.” She called the consecration “an intense and life-altering experience.”

That was roughly my own experience as well. If you feel a little frustrated that a new Catholic you know isn’t so interested in getting to know Mary, you don’t need to push it. Just be with him as he lives as a Catholic. The Church will slowly bring him to his Mother.