Who we surround ourselves with really matters — and here’s why 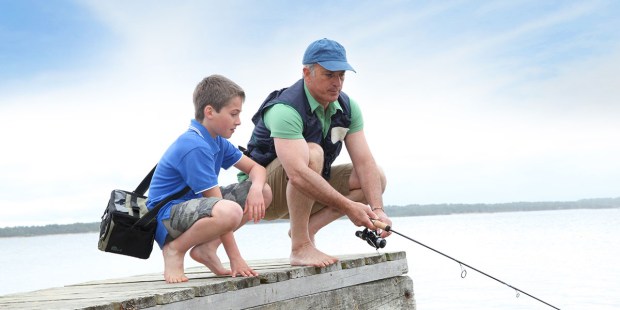 You’re a role model for those around you, but other people affect who you become as well.

Since birth, our nature is a balancing act between two sides that always try to be in balance: individuality and sociability. We are unique, singular, unrepeatable, but at the same time we are part of society, of the family, and of all the people that surround us.

As we mature, experiences help us to form our conscience, to distinguish good from evil in concrete actions, to know how to bring out all our potential in habits that crystallize into virtues.

We learn from others (from our parents, siblings, friends, and educators) how to write, read, make a braid, draw perspective, be punctual, show respect for our elders …

And in this path through life, I’m sure that we have met one or more people who are like a beacon. A man or a woman whose way of acting became a reference point: your parents, an uncle, a teacher, a sibling …

For a society to be good and grow well, we need to have reference points, people who can be a flesh-and-blood model for others.

Can a football player who killed his wife be a role model for me? Is it logical for us to admire a businessman who gets wealthy at the cost of workers from underdeveloped countries? Is there any point to wanting to imitate the career of a singer who “sells” her body to become famous?

We look at the people around us (an environment where communications media and social media also play a role) and we create role models. Would the drug kingpin Pablo Escobar be a good model? He may have some achievements (people in his neighborhood still love him) but there are also more than 10,000 people killed in Colombia because of his drugs. And even with that, we can be dazzled by money, women, power …

Something about the “bad ones” like Escobar attracts us: his leadership, his capacity for standing out. And sometimes we don’t have to go very far: in the neighborhood, the leader, or in the classroom, someone who has a certain measure of power.

Who is your model and why? This is the double question that we should ask.

On the other hand, that experience that we all have, knowing that we are always “scoping out” each others’ behavior and judging each other is a (moral) example for us. It has to push us to be responsible because we also owe society good action that can be a positive model for others.

Counter-example of what we should not do

We all influence each other for good or evil, with each of our actions. I still remember a self-service food server who was smoking a cigarette with two ashy fingers while serving the soup, as ashes were about to fall into the pot. I’ve always thought that some of my friends and classmates must have eaten those ashes with our food. Since then, he was everything but exemplary. Rather, he was a counter-example to learn what not to do.

To be an example, we don’t have to have a director’s position or a savings account with seven figures.

Having living role models around us gives us peace and hope, because it assures us that there is goodness in thew world and that we can have it near us. That’s why it’s so important for us to be a “cushion” for others and give them peace of mind, especially children.

And not just on the individual level. The same can be said for groups, the structures of society. How edified we feel when we see exemplary conduct in a sports team, a neighborhood association, or a town. And how we like to be part of an honorable organization.

That’s why it’s also important for the organizations and institutions that are part of our life to be exemplary: parties, politicians, governments, NGOs, the UN … We citizens have the right to demand that they give us social peace. The more power, the greater the commitment to be a good example.