Why we make different moral choices in a foreign language 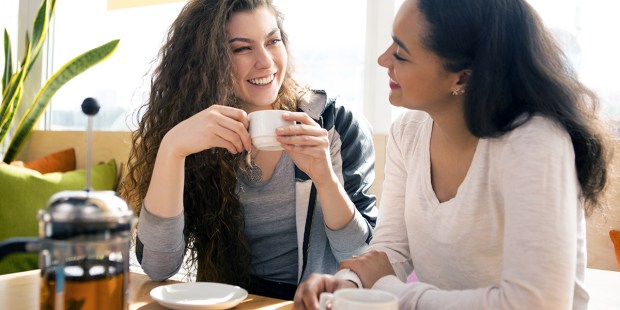 Second languages open us up to other cultures, and also help us know ourselves better.

Here’s a scenario for you: Let’s say you read a story about a couple who adopted a baby with a disability and provided that baby with a safe and loving home … but at the end of the story, there’s an interview in which the couple admits they were primarily motivated to adopt the baby because the state offered them a large sum of money.

Would you be outraged? Or would you focus on the positive outcome regardless of intentions? What about if you read the story in a second language, one you were fluent in but which is not your native tongue? Would that make a difference in how you felt?

Of course not, you’re probably thinking. Wrong is wrong and right is right, no matter what language it happens in. That’s certainly what I thought.

But a recent article in Scientific American pulled together various research that proves people react less emotionally, and therefore judge questions of morality more on outcome than on intention, when operating in a foreign language.

There are several theories for why this is true, including the idea that speaking a foreign language signals our cognitive system to prepare for strenuous activity, therefore prompting us to think deliberately rather than reactively.

The theory that resonates most with me is that our childhood languages have greater emotional power over us, being the languages in which our morality was shaped.

What then, is a multilingual person’s “true” moral self? Is it my moral memories, the reverberations of emotionally charged interactions that taught me what it means to be “good”? Or is it the reasoning I’m able to apply when free of such unconscious constraints? Or perhaps, this line of research simply illuminates what is true for all of us, regardless of how many languages we speak: that our moral compass is a combination of the earliest forces that have shaped us and the ways in which we escape them,

We all have a moral compass that tells us right from wrong regardless of intention, or that helps us to see that our ill intentions can change over time and be redeemed by good actions. But I also believe that our childhood experiences — particularly those related to morality and intertwined with loss or trauma — can predispose us to react more strongly to certain moral dilemmas.

It makes sense that encountering those same moral dilemmas in a different language would provide a distance, an unfamiliarity, that lets us examine them in a more detached way rather than experiencing them as an emotionally-charged reaction. I actually see this as a potential good, a chance for everyone who is able to read and write in a second language to see their own experiences in a new light, through the eyes of a stranger, a foreigner. In this way, it’s almost a chance to get a new perspective on the life we have only experienced.

At the same time, the detachment that comes from encountering a moral dilemma in a different language seems to blunt our empathy, removing us somehow from the people involved because we don’t connect on an emotional level the way we would in our native tongue. It’s certainly helpful to know this is the case and to be aware of it, so that knowledge can inform our interactions with those who speak a different language.

An even better way to approach this might be to translate moral dilemmas we encounter in a different language into our own, so that we can compare our reactions to them and become more aware of our own biases, whether they be emotional or analytical.