Jesus wants you to love everyone, and still have a best friend 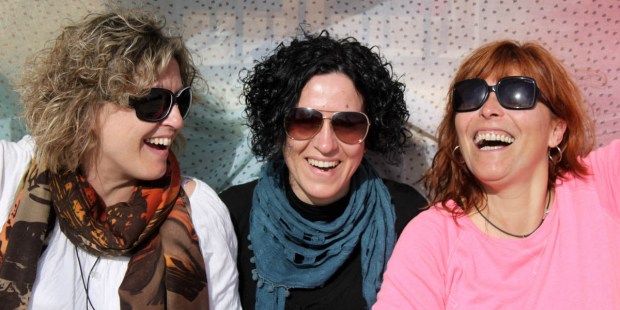 And the great John Henry Newman explains why — and how.

It’s not easy: You don’t want to hang out with the guy, but he wants to hang out with you. You might be going to dinner with a good friend and this other person asks to join you. You would be doing a kindness to include him. You might like him, or you might feel sorry for him, but you want to spend the evening one-on-one with your friend.

Almost all of us will want to say no, gosh, sorry, busy, friend expecting just me, maybe another time. Then you ask yourself what Jesus would do. In the gospels, Jesus is always inviting people in. He’s always expanding the circle. He keeps saying “Come unto me, all you who are” etc. God loves everyone. Shouldn’t we?

Yes, of course. But no, not exactly. Should you let the guy come along to dinner? Maybe, but maybe not.

God wants us to have friends

God wants us to have friends, and friendship requires separation. It’s exclusive. It’s a relation like marriage, not like being a member of a club. Friends share a kind of covenant or commitment that they don’t share with just anyone else. Friends must spend time together, one on one. They tell each other things they don’t tell anyone else. They build their friendship over time, over many talks, with much sharing, with growing trust as well as affection.

The great 19th-century convert John Henry Newman thought about this a lot. In one of his early sermons, he notes that many people think “Christian love was so diffusive as not to admit of concentration upon individuals, so that we ought to love all men equally.” (I should warn you that Newman wrote like that, even when preaching. Gorgeous prose, but not what we’re used to.)

No, says Newman, it’s not. His evidence? Jesus himself. St. John “was His bosom friend, as we commonly express ourselves.” At the Last Supper, John took his place next to Him, and leaned on His breast. … Peter dared not ask Jesus a question himself, but bade John put it to Him — who it was that should betray Him. Thus St. John was the private and intimate friend of Christ. Again, it was to St. John that our Lord committed His Mother, when He was dying on the cross; it was to St. John that He revealed in visions after His departure the fortunes of His Church.

Jesus had a best friend. We may think, Newman says, “that the Son of God Most High could not have loved one man more than another … but, as being All-holy, He would have loved all men.” Jesus’ love for John shows us “that there is nothing contrary to the spirit of the Gospel, nothing inconsistent with the fulness of Christian love, in having our affections directed in an especial way towards certain objects, towards those whom the circumstances of our past life, or some peculiarities of character, have endeared to us.”

That Jesus had a best friend probably sounds as weird to your ears as it does to mine. But that’s what Scripture shows us. Newman calls it “our Savior’s pattern.” Looking at Jesus, we would say that friendship is a good in itself, an end in itself. But it’s not only that.

In his friendship with John, Newman says, Jesus teaches us that “the best preparation for loving the world at large, and loving it duly and wisely, is to cultivate an intimate friendship and affection towards those who are immediately about us.” God uses our natural feelings to train us. He wants us to love our friends not only for themselves, but so that we’ll be able to love others.

Newman spends part of the sermon explaining how people who talk of loving mankind often don’t. It’s a vague feeling, not a real love. He explains how we learn to love so many other people. “The real love of man must depend on practice, and therefore, must begin by exercising itself on our friends around us, otherwise it will have no existence,” he says.

By trying to love our relations and friends, by submitting to their wishes, though contrary to our own, by bearing with their infirmities, by overcoming their occasional waywardness by kindness, by dwelling on their excellences, and trying to copy them, thus it is that we form in our hearts that root of charity, which, though small at first, may, like the mustard seed, at last even overshadow the earth.

We know St. John for his great writing about Christian love. How did he learn it? Newman explains: “He had the unspeakable privilege of being the friend of Christ. Thus he was taught to love others. First his affection was concentrated, then it was expanded.”

That’s the trick of friendship. You must guard it, make it exclusive, to build it. Sometimes you have to say, as kindly as you can: “He’s my good friend. You’re not yet my good friend. I need to spend time with him.” That’s not easy. I feel terrible when I have to put off someone like that. But in building friendship with one friend, we learn to make new friends, and (even better) to make our friends each others’ friends.