Meet 5 more martyrs mentioned in the Eucharistic prayer at Mass

These martyrs played important roles in the forming of the early Church.

At the highest point in the celebration of Mass, the priest has the option of choosing Eucharistic Prayer I (also known as the “Roman Canon”). During this prayer that prepares for the most sacred moment when the bread and wine are changed into the body and blood of Jesus, he has the option of reciting two short lists of saints. These lists are from the earliest centuries of the Church and have remained the same ever since.

The first list highlights the Blessed Virgin Mary, Saint Joseph, the 12 apostles and 12 other saints of the early Church. The list includes five martyred popes, a bishop, deacon and five laymen. After the consecration a second list is mentioned that includes seven women, as well as John the Baptist, Stephen, Matthias the Apostle and five other martyrs.

The list of saints in the Eucharistic prayer are exclusively martyrs, as martyrdom has always been seen as the supreme sacrifice that unites a soul to the sacrifice of Christ on the cross. Additionally, the prayer recalls the book of Revelation where a heavenly liturgy is depicted and attending the liturgy are those who “have washed their robes and made them white in the blood of the Lamb” (Revelation 7:14).

Who then are these five other martyrs that the Church has held up since the early centuries of the Church? 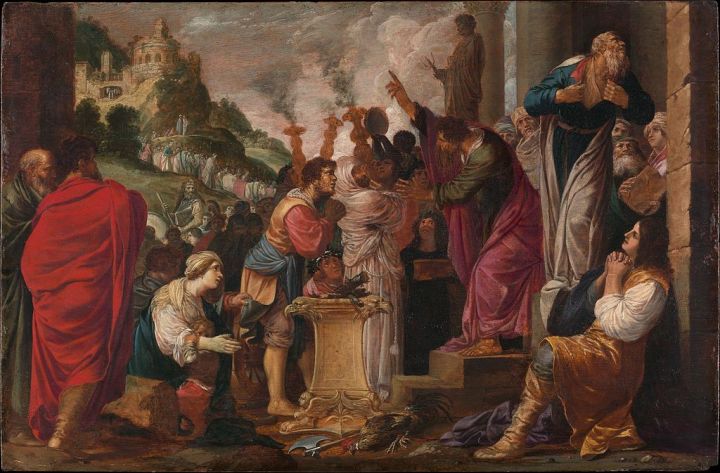 Read more:
Meet the 5 martyred popes mentioned during the Eucharistic prayer at Mass

Read more:
Meet the 5 laymen mentioned during the Eucharistic prayer at Mass