This courageous WWI chaplain attributed his survival to St. Thérèse of Lisieux 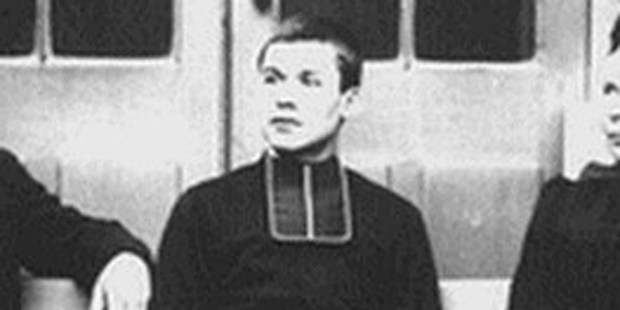 And dedicated the first church in the world in her honor.

Father Daniel Brottier always wanted to be a missionary. For this reason he joined the Congregation of the Holy Spirit in 1902 and was promptly sent to Senegal, West Africa.

However, God had other plans for him. Brottier was graced with eight years of missionary work, but was forced to return to France because of poor health. His body couldn’t withstand the harsh climate and ultimately he yielded to the fact that he would never be able to go out on mission again.

Brottier returned to France and shortly thereafter, World War I (WWI) erupted. He volunteered to become a chaplain for the 121st Infantry Regiment. He was a courageous chaplain in the midst of battle, risking his life at every turn. Afterwards he was awarded the Croix de Guerre and the Légion d’honneur.

Yet, Brottier knew that he had a heavenly helper during his military chaplaincy. He gave all credit to the intercession of St. Thérèse of Lisieux, whose cause for canonization at the time was recently introduced. Thérèse wasn’t even declared “venerable” until 1921, three years after the conclusion of WWI.

For Brottier, it was a miracle that he wasn’t wounded in any way during his several years of military service in a harsh war of the trenches.

Brottier found a spiritual companion in Thérèse, who also desired to become a missionary, but was unable to because of poor health.

When Thérèse was canonized in 1925, Brottier was the first to dedicate a church in her honor, doing so in Auteuil, France. When building it he was criticized for wanting an elaborate church in her honor. He said, “They reproach me for wanting too expensive a chapel, but I asked Little Thérèse herself: Do you want a simple dress or a pretty one?” She provided and he was miraculously able to secure the resources for a beautiful church.

For the rest of his life Brottier founded a project (with the spiritual help of “Little Thérèse”) that helped orphaned children outside of Paris. His work there had an immense impact on hundreds of children during his lifetime and thousands since then.

When asked what his secret was, he said, “My secret is this: Help yourself and heaven will help you. … I have no other secret. If the good God worked miracles [at Auteuil], through Thérèse’s intercession, I think I can say in all justice that we did everything, humanly speaking, to be deserving, and that they were the divine reward of our work, prayers and trust in providence.”

His funeral in 1939 was attended by 15,000 people and many were inspired by his child-like faith and his gentle charity towards all people. Brottier was beatified in 1984 and when his body was exhumed, it was discovered to be incorrupt.