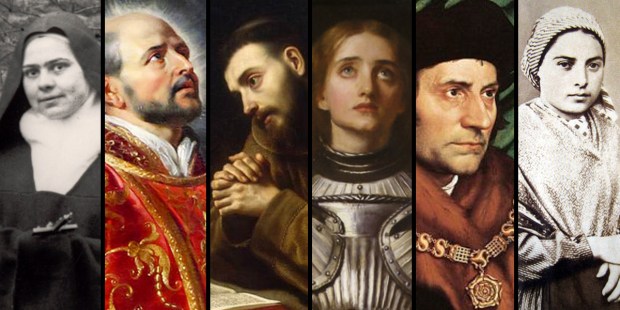 “I have seen a lot of deaths but when I come here, the dying is different.”

A hospice nurse recently visited a dying sister in our convent. As she sat with the sister, she noted the peacefulness of the room. She said to me, “I have seen a lot of deaths but when I come here, the dying is different.”

Religious life naturally tends toward dying. Religious accept death in the vows, giving up good things—a life partner, material goods, and individual autonomy—as a sign that God is enough. St. John Paul II wrote in Vita Consecrata that “it is the duty of the consecrated life to show that the Incarnate Son of God is the eschatological goal towards which all things tend, the splendor before which every other light pales, and the infinite beauty which alone can fully satisfy the human heart.”

Religious life is a special sign of the life to come but living for heaven is not exclusive to any vocation. All Christians are called to live their lives in a way that declares that God is enough and that God is the goal toward which life tends.

When Christians recognize that God is the goal of life, then all of life becomes a preparation for death. Death becomes a reality that is not only integrated and accepted into one’s life but embraced. In the lives of the saints, we can be inspired by the last moments of men and women who lived completely for God. Even under the most painful and horrific circumstances, their dying words reveal a peace that can only come from knowing that they will soon see the One they lived for and loved so much.

The last moments of six saints, as recounted by witnesses:

St. Elizabeth of the Trinity

“Elizabeth did not try to hide from the doctor the overflowing delight that she felt because of her faith. The doctor was so astonished at her happiness that she tried to explain it to him by speaking in a moving way about how we are all God’s children. After she finished speaking, tears flowed among many of her listeners. Exhausted by her efforts, she entered for the last time into her cherished silence. We only heard her murmur in a sort of chant: ‘I am going to the light, to love, to life!’ They were her last intelligible words.”

– excerpt from The Praise of Glory: Reminiscences of Sister Elizabeth of the Trinity

Ignatius called [his secretary Father Polanco], and, being left alone with him, told him to inform the pope that he was beyond recovery, and to ask for the papal blessing . . . Fr. Polanco asked in surprise if he were really so ill, assuring him that the doctors held another opinion, and that he trusted God would yet keep him for his service. Ignatius insisted. But so obstinate was Fr. Polanco in his optimistic trust of medical opinion that he asked if he could wait until the next day, as he had international letters to write that night. “No,” responded Ignatius, “I’d rather you did it today than tomorrow. And the sooner the better.” Nevertheless, Ignatius let Fr. Polanco do as he should think fit—he left himself entirely in his hands. It was a final effort of resignation and renouncement, since Ignatius surely must have known that the next day would be too late. Fr. Polanco consulted Doctor Petronio, who said that he might give an opinion the next day whether there was danger; today he would say nothing. Polanco decided to await the next day’s verdict, and he retired to write his letters. . . . That night Ignatius acted as he had before, except that he no longer called on the attendant brother as often, and, after midnight, he became quiet. From time to time, as the slow hours of his unguessed dying wore away, he was heard to cry, “Ay Dios!” (O God!).

Then, as the hour of his departure was fast approaching, Francis called all the brethren to him. He consoled them with words of comfort about his death, exhorting them with fatherly tenderness to love God. He spoke for a long time about observing patience, and poverty, and fidelity to the Holy Roman Church . . . Then as all the brethren sat around him, he stretched his hands over them, crossing his arms in the likeness of the Cross, for he did always love that sign, and he blessed all the brethren, . . . Then as best he could, he broke forth into the words of [Psalm 141]: “I cried unto the Lord with my voice, with my voice unto the Lord did I make my supplication,” and went through even unto the end, saying: “The righteous shall gather round me, for you shall deal generously with me.”

– excerpt from The Life of Saint Francis of Assisi by St. Bonaventure

Joan had, at the end, such great contrition . . . that it was a thing to be admired, saying such pitiful, devout, and Catholic words, that those who saw her in great numbers wept. Even the Cardinal of England and many other English were forced to weep and to feel compassion. As I was near her at the end, the poor woman sought and humbly begged me to go into a nearby church and bring her the cross. She asked me to hold it upright on high before her eyes until the moment of death, so that the cross on which God was hanging might be continually before her eyes as long as she lived. Amidst the flames, she unceasingly called out in a loud voice the Holy Name of Jesus, imploring and invoking unceasingly the aid of the saints in paradise. As she died, she bent her head and uttered the Name of Jesus as a sign that she was fervent in the faith of God . . . Immediately after the execution, the executioner came to me and to my companion, Br. Martin Ladvenu—who was stricken and moved with a marvelous repentance and terrible contrition, quite desperate and fearing never to obtain pardon and indulgence from God for what he had done to this holy woman. The executioner said and affirmed that, despite the oil, the sulphur, and the charcoal which he had applied to Joan’s entrails and heart, he had in no way been able to burn them up, or reduce them to cinders. He was astonished at this most evident miracle.

Early in the morning Sir Thomas Pope, his singular friend, came to Thomas More with a message from the king and his council, that he would suffer death before nine o’ clock the same morning . . . Thomas More replied, “Mr. Pope, for your good tidings I most heartily thank you. I have been always bound much to the King’s Highness for the benefits and honors which he has still from time to time most bountifully heaped upon me, and yet more bound am I to his Grace for putting me into this place, where I have had convenient time and space to have remembrance of my end. And so help me God most of all, Mr. Pope, I am bound to his Highness, that it pleased him so shortly to rid me of the miseries of this wretched world. And therefore I will not fail to pray most earnestly for his Grace both here and also in another world.” . . . And so was he brought by Mr. Lieutenant out of the Tower, and from there he was led towards the place of execution . . . There, he asked all of the people there to pray for him, and to bear witness with him, that he should then suffer death in and for the faith of the holy Catholic Church. Afterward, he kneeled down, said his prayers, and turned to the executioner, and with a cheerful expression said, “Pluck up your spirits, man, and be not afraid to do your office, my neck is very short. Take heed therefore you shoot not awry …” So passed Sir Thomas More out of this world to God.

– excerpt from The Life of Thomas More by his son-in-law, William Roper

On Easter Tuesday, [Bernadette was very ill so] the chaplain suggested to her that she prepare to make the sacrifice of her life. “What sacrifice?” Bernadette answered, “it is no sacrifice to leave this life, where it is so difficult to belong to God.” On Easter Wednesday, she requested that her crucifix to be tied to her, in case her weakening fingers became unable to hold it. She gazed at a statue of Our Blessed Lady and said, “I have seen her. How beautiful she is, and how I long to go to her.” Sister Nathalie Portat came in at about three o’clock, and Bernadette requested, “Help me to thank to the end.” Taking the crucifix, she prayed, “My God I love you, with all my heart, with all my soul, with all my strength.” Sister Nathalie began the Hail Mary. Bernadette answered clearly, “Mother of God, pray for me, poor sinner, poor sinner.” Now was the hour of her death, and like Jesus on the cross, she said, “I am thirsty.” The sisters brought some water. Bernadette made the Sign of the Cross for the last time as her Lady had taught her in the grotto. Silently she sipped a little water. Peacefully she bowed her head. Gently she surrendered her soul.

– excerpt from My Name Is Bernadette

The saints lived and died for God.

May we do the same!