Is exorcism real? Director William Friedkin sure seems to think so 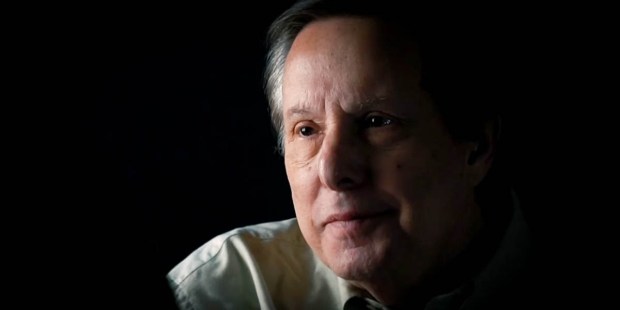 The famed filmmaker records a real-life exorcism for his new documentary, ‘The Devil and Father Amorth.’

“You’re not suggesting that I made this up, are you?” William Friedkin asked when he sensed Charles Bramesco of The Guardian might be skeptical about his new documentary. “I understand that there’s room for skepticism. I’m not a skeptic. I don’t make films or move through my life as a skeptic. I’m not interested in skepticism.”

As always, William Friedkin seems to be completely indifferent to what others think about him or his movies. Aged 82, he’s on the press circuit promoting his new documentary, The Devil and Father Amorth. The project, which goes back into his own past as director of The Exorcist, chronicles a real-life exorcism by a Vatican priest and examines demonic possession with help from neurologists and other medical experts.

The priest is Father Gabriele Amorth, founder of the International Association Of Exorcists, and a man who claimed to have performed thousands of exorcisms during his 90-plus years. In the spring of 2016, while in Italy receiving a prize for his contributions to the world of opera, Friedkin wrote to a friend in Rome requesting an audience with the pope or the official papal exorcist. Much to his surprise, Father Gabriele Amorth agreed to meet him. Friedkin seized the opportunity to ask whether it was possible to record a real-life exorcism.

Father Amorth allowed Friedkin and a small, unobtrusive handheld video camera into the room while he attempted to free a woman named Cristina from the clutches of an unnatural force. Family and friends look on as Amorth exorcises her while she sits in a chair while restrained by several men. It seems obvious that Cristina is disturbed, though it is not clear whether the problem is the Devil or undiagnosed mental illness. However, the guttural growls coming out of Cristina are certainly unnerving.

“For a long time, I had no idea what I was going to do with this film,” Friedkin says. “I had it, but it was like a home movie. So I decided to bring it to medical and psychological professionals to see if they could debunk it, or explain it using terms from their fields.” He decided to expand the footage to feature-length by supplementing with interviews from experts, some less credulous than others, and one follow-up that sees him returning to Italy for a check-in with Cristina. While they were visiting a cathedral, she descended into an intense fit of madness complete with bodily contortions and speaking in tongues – except that Friedkin didn’t bring his camera into the building to catch it, so he can only describe the experience in a voice-over paired with shaky B-roll of the empty church. He alleges to have stared the devil in the face, but the audience will just have to take his word for it.

The best parts of this film are the interviews with medical experts debating possible scientific explanations for what Friedkin captured with his video camera, and that so many horror filmmakers, Friedkin especially, have depicted in fiction. The doctors don’t know quite what they’re dealing with but are unwilling to close down any possibility out-of-hand.

Skeptics, as always, will say that the film doesn’t mount a particularly convincing case as to the reality of exorcism. It’s here that Friedkin’s disregard for what the general public thinks emerges as the source of all his power; believe him or don’t believe him, it’s all the same as far as he’s concerned: “I had to consider whether or not I wanted to show this, but I ultimately felt that I had seen it and people should see it … I doubt that there’s one percent of people on Earth who have seen an exorcism — a real Roman Catholic exorcism. Most of the priests had never seen it,” Friedkin tells Variety. And then again, in the interview for The Guardian: “I’m not interested in convincing you, or anyone else … This is what I saw, and the only way to deal with that conclusion was in this way, getting closure through this film. You’ll have to work that out for yourself.”