Why is May called “Mary’s Month”? 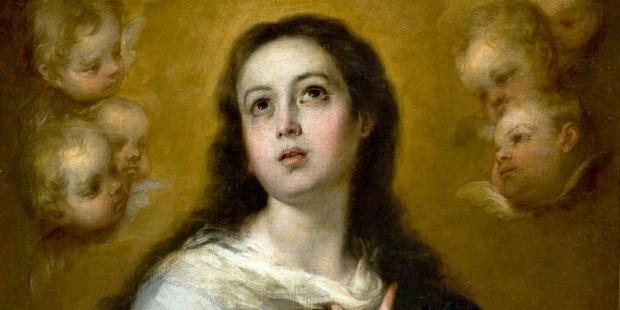 This is why May is dedicated to the Blessed Virgin Mary.

Among Catholics, May is most well-known as “Mary’s Month,” a specific month of the year when special devotions are performed in honor of the Blessed Virgin Mary.

Why is that? How did May become associated with the Blessed Mother?

There are many different factors that contributed to this association. First of all, in ancient Greece and Rome the month of May was dedicated to pagan goddesses connected to fertility and springtime (Artemis and Flora, respectively). This, combined with other European rituals commemorating the new season of spring, led many Western cultures to view May as a month of life and motherhood. This was long before “Mother’s Day” was ever conceived, though the modern celebration is closely related to this innate desire to honor maternity during the spring months.

In the early Church there is evidence of a major feast of the Blessed Virgin Mary celebrated on the 15th of May each year, but it wasn’t until the 18th century that May received a particular association with the Virgin Mary. According to the Catholic Encyclopedia, “The May devotion in its present form originated at Rome where Father Latomia of the Roman College of the Society of Jesus, to counteract infidelity and immorality among the students, made a vow at the end of the eighteenth century to devote the month of May to Mary. From Rome the practice spread to the other Jesuit colleges and thence to nearly every Catholic church of the Latin rite.”

Dedicating an entire month to Mary wasn’t a new tradition, as there existed a prior tradition of devoting 30 days to Mary called Tricesimum, which was also known as “Lady Month.”

Various private devotions to Mary quickly became widespread during the month of May, as it is recorded in the Raccolta, a publication of prayers published in the mid-19th century.

It is a well-known devotion, to consecrate to most holy Mary the month of May, as the most beautiful and florescent month of the whole year. This devotion has long prevailed throughout Christendom; and it is common here in Rome, not only in private families, but as a public devotion in very many churches. Pope Pius VII, in order to animate all Christian people to the practice of a devotion so tender and agreeable to the most blessed Virgin, and calculated to be of such great spiritual benefit to themselves, granted, by a Rescript of the Segretaria of the Memorials, March 21, 1815 (kept in the Segretaria of his Eminence the Cardinal-Vicar), to all the faithful of the Catholic world, who either in public or in private should honour the Blessed Virgin with some special homage or devout prayers, or other virtuous practices.

In 1945, Pope Pius XII solidified May as a Marian month after establishing the feast of the Queenship of Mary on May 31st. After the Second Vatican Council, this feast was moved to August 22, while May 31st became the feast of the Visitation of Mary.

The month of May is one rich in tradition and a beautiful time of the year to honor our heavenly mother.

Read more:
Why you should visit a shrine dedicated to Mary this month

Read more:
Not a queen’s coronation, but a mom’s: One of the Church’s most special traditions