You’ve heard of déjà vu — but what is déjà rêvé? 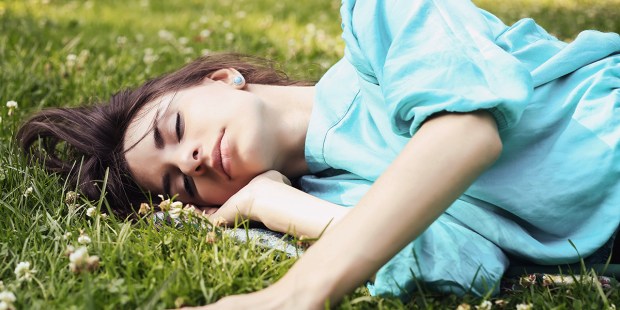 It’s a potentially exciting new doorway into how our dreams work … and why we have them at all.

When I was in high school, my sister’s best friend Jerry died in the A&M bonfire collapse. That morning, before the collapse, I woke up from a weird and unsettling dream — I dreamt that my sister and I were at the bonfire with Jerry, and the fire spread across the grass and engulfed the crowd surrounding it. As we turned to run, Jerry kept pushing us both forward, propelling us away from the fire and to safety. Just as we reached the edge of the crowd and made our break for freedom, we realized that Jerry was no longer behind us. We turned at the same time, just in time to see the flames engulf him.

It was a horrible dream, made much worse by the events that happened that day. The radio was on in the kitchen when I walked out of my room, quietly giving information and updates about the collapse. My parents gripped their coffee mugs tightly, knowing that Jerry had been working there and waiting to hear any updates about injuries and fatalities.

We didn’t find out that he had died until that afternoon, but all day I kept thinking about my dream. I knew before I heard the news that I’d never see him again. The experience I had may be what is called “déjà rêvé.”

Everyone has experienced déjà vu — where you suddenly get the eerie sensation that you’ve already experienced what you’re currently experiencing, even (and especially) if it’s a brand-new situation. Sometimes I get this feeling so strongly that I feel like I can almost predict what’s going to happen next, who’s going to speak, who’s going to act, and how I’m going to respond. It’s super unnerving, but also super scientifically explainable.

Déjà vu basically happens when we’re in a situation that is vaguely familiar but also new enough to block our mind’s conscious connection with the past experience that our subconscious recognizes. So for example, if you walk into a public library in a brand-new state and get a creepy, I’ve-been-here-and-done-this feeling so intense that you feel you can predict the layout and even placement of books, it’s likely that the library is laid out in a similar way to a library you visited as child with your grandparents, or even a bookstore you went to on vacation once. Our conscious minds don’t remember the past experience clearly enough to draw the connection, so we look for a reason to explain the sensation, often reaching for psychic or supernatural explanations to bridge the disconnect.

Déjà rêvé is kind of like déjà vu in reverse — instead of feeling a prickling sense of been-here-done-this familiarity, you get a strong sensation that you’ve dreamed this experience before it happened. You might even be able to recall the dream in vivid detail, as well as the night you dreamt it. And while déjà rêvé might make you feel like a modern-day Cassandra, according to Curiosity it’s very much like déjà vu — a trick of the mind that could give us new insights into how dreams work:

Some people call déjà rêvé (French for “already dreamed”) the opposite of déjà vu (“already seen”). But to us, it seems more like the opposite of lucid dreaming. Basically, it’s the feeling you get when you’re in a situation in the real world that makes you feel that you dreamed that you would be there, or that you somehow foresaw your circumstances. It doesn’t have to be a matter of having dreamt your surroundings last night, or even in the past week. Some people who experience déjà rêvé feel that their prophetic dreams came to them years ago …

According to a new study that looked back on the medical reports of epileptic patients from 1958 to 2015, déjà rêvé experiences are common after electric brain stimulation, a pretty standard treatment method for epileptic symptoms. It suggests that the “already dreamed” feeling is the result of something happening physiologically in the brain, and that in turn could point to a better understanding of how dreams work. Scientists today are learning a lot they didn’t know about dreams — for example, did you know you even dream during non-REM sleep? — and any new way to discover how dreams live in the brain could open a whole new set of doors

I can’t explain the dream I had all those years ago — I’ve never had one like it before or since. It could be that I could hear the radio just enough in my sleep to begin processing that information, and my subconscious processed it by making the most natural association between the bonfire and disaster — fire. Or it could have been something else altogether.

While I appreciate the idea that there’s a scientific explanation for everything, I also think there’s a lot we don’t know about how our minds interact with the world around us, both spiritual and physical. Dreams are certainly a way of processing experiences we’ve had, but maybe they’re also a way of preparing us for experiences we’ve yet to encounter.