5 Ways regular confession is making me a much better mom 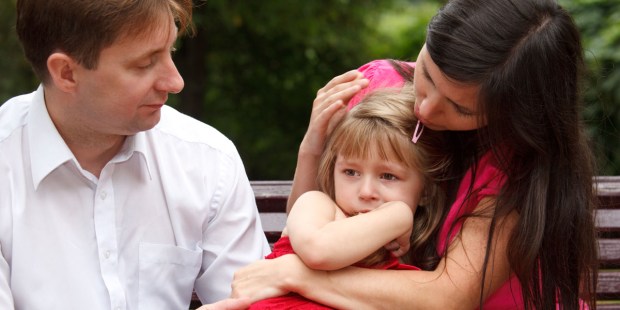 At first this sacrament was hard for me — who likes speaking up about their sins? — but my family is reaping the fruits as much as I am.

I converted to Catholicism in 1999 because, as G.K. Chesterton put it, “… there are 10,000 reasons all amounting to one reason: that Catholicism is true.” Still, despite my joy and enthusiasm for my newfound Catholic faith, I initially struggled with going to Confession.

Facing up to one’s darkest thoughts and deeds and then saying them out loud is hard—really hard. But it’s also powerful and cleansing.

Over time I have come to love going to Confession, and it has even affected the way I relate to my children on a daily basis.

Here’s what going to Confession has taught me as a mother.

When I tell the priest my sins, he is fully present to me. He’s not on his phone or flipping channels. He’s not listening to me while simultaneously loading the dishwasher or making his grocery list. He’s simply there. He does not interrupt. And he doesn’t rush me to get to the point.

It’s my goal to be that attentive to my children. Listening to sinners unburden themselves is a priest’s job. I want to listen to my kids (no matter what they are talking about) like it’s mine — because it is.

It’s hard to believe, but in all my years of going to Confession, not one priest has ever said, “You did WHAT?” or “Oh come on! You know better than that!” I have never been made to feel ashamed or embarrassed. Instead every confessor I’ve ever had has listened to my list of wrongdoings and shortcomings in the same way a good doctor might listen to a list of symptoms — with genuine concern, compassion, and assurance.

I want my kids to feel the same assurance when they approach me. Whether they are confessing to breaking a rule, worried about struggling in a class, or confiding a secret, I want them to know they can come to me without fear of embarrassment and lay it all out there — then we will deal with it together.

Not only have I never been shamed by a priest, I’ve also never detected even a hint of exasperation. It must be maddening to listen to me confess the same stuff over and over. I would think my regular confessor would want to whack me over the head with his rosary or at the very least shake his head and make some “tsk tsk” sounds. But nope. Not once.

I’m far from that patient with my own children — and not just when they sin. I lack patience when they are irresponsible or forgetful, when they are grumpy or too talkative, when they infringe on my time or when they are too busy for me. I’ve yet to hit anyone over the head with my rosary, but I do sigh in exasperation pretty regularly. But I’m working on it. Confessing my own glaring flaws (including impatience) on a regular basis and receiving nothing but patience and understanding, inspires me to try to be more patient and understanding with my children.

It’s impressive really. How do priests manage to treat sinners with such grace and mercy, without minimizing the seriousness of sin? Of course, my confessor does point out the distinction between feelings and sins. For example a priest recently counseled me that finding someone annoying is not a sin. Treating someone unkindly because they annoy me is. However, when it comes to actual sins, when it comes to my failure to love God and my neighbor, I’ve never had a priest say, “Meh. That’s not really that big a deal.” With tenderness and mercy, my confessor always reminds me that I am called to do and to be better.

I try to take the same approach with my kids. I never want my children to regret sharing something with me, but I also never want to give them the impression that their sinful actions (and inactions) don’t really matter.

The Sacrament of Reconciliation used to make me uncomfortable. But consistent encounters with loving confessors representing a loving God have taught me that there’s nothing to fear. Of course, I’m pretty sure my kids have never been afraid of me, but especially now that they are teenagers and young adults, and their decisions and sins are potentially more serious, it is my prayer that every encounter with me will prove to them that they can always come to me, and that, like God’s love, mine is without limits.