Meet Élisabeth Bruyère, a Canadian nun on the road to canonization 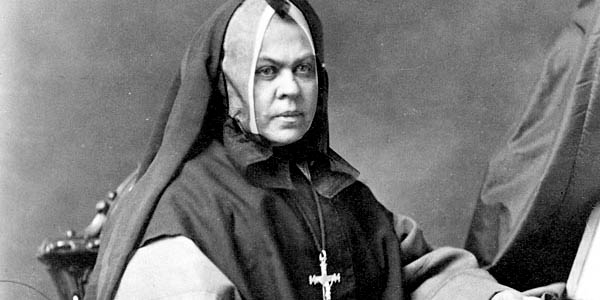 Born into poverty, Élisabeth Bruyère would eventually spend her life working for the poor and most vulnerable of society.

Bruyère grew up in a loving family in L’Assomption, Canada during the early 19th century, but everything changed when her father died. Her mother was forced to take the family to Montreal in order to survive, taking a job as a domestic servant.

During this time Bruyère attended a school run by the Congregation of Notre-Dame and began to develop a deep faith and attachment to God. She also had a special love for the poor and suffering, which led her to join the Congregation of the Sisters of Charity of Montreal in 1839.

Shortly after joining the community she was asked to send sisters to a city called Bytown, which would later become Ottawa. Bruyère was given charge of this new community. Initially she did not want to do it, but was willing to accept it out of obedience, “If I accept, it is to be of service to my community […] but I do not feel any calling.  If my superiors do not find any good reasons to refuse, I leave the decision up to their prudence; for myself, I reserve nothing but obedience.”

There she and a few sisters began to work zealously for the poor, sick and suffering. They founded a small hospital, which was quickly put to use. According to one biography, “The typhus epidemic of the years 1847 and 1848 was for the young institute its initiation to heroism. With none but themselves to tend more than 600 patients sent to them by Dr. Edward Van Cortlandt, the sisters saved some 475.” This hospital is now known as the Ottawa General Hospital.

Their community eventually became independent from the house in Montreal and by the time of her death, Bruyère “had opened some 25 houses [of sisters] in Ontario, Quebec, and New York State.”

Bruyère’s zeal for the suffering was the greatest hallmark of her life and her legacy lives on today. It was announced on April 14, 2018, that Bruyère was declared “venerable,” an initial step on the road to canonization.

Bruyère’s life can be best summarized by her last words uttered on April 5, 1876, “my beloved Jesus.” She did everything for her greatest love in life, Jesus, and completely abandoned herself to him.

Read more:
Pope to Canada’s youth: Flood places with the joy that comes from having met Christ