Church coffee shops are creating a stir in their communities 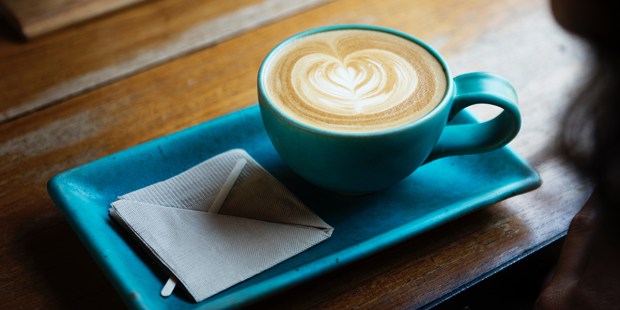 These parish-based cafes offer the perfect blend of coffee, conversation, and hope.

Back in 2004, when the Catholic parish of St. Monica in Los Angeles was drawing up plans for a new building, it set in motion a new initiative that would change the lives of those in the community, as well as young people struggling to reinsert themselves into society after incarceration. And it’s all thanks to a simple door opening on to the street.

The door went into a building adjoining a church. But it was accessible from the sidewalk, to be a little less intimidating to those who weren’t regular churchgoers. While it was earmarked to become a coffee shop, it was only in 2013, with a little help from the experts, that it become a thriving ministry run by the St. Monica Church and its congregation. Thanks to the joint teamwork of parishioners, and another local coffee shop called Urth Caffé, which lent a helping hand and a few managers, Holy Grounds opened its doors and its heart.

Yet there is more to this cozy meeting place than meets the eye. The baristas serving the locals are young people who’ve been in prison and are in need of a second chance. “That’s our God, second and 70 chances,” said Merrick Siebenaler, the parish’s director of marketing communications, in the NCR article.

And this chance to turn over a new leaf is certainly paying off. One ex-employee, Jimmy Valdez, who’d been in prison for three years and had spent much of his early adulthood addicted to drink and drugs, is now happily married, sober, and has gone on to start his own business. But, as he told NCR, it wasn’t until he found God and started working at Holy Grounds that things started to change for him.

“One of the best things we can do is acknowledge each other,” the 29-year-old Valdez said he learned through this experience. “I felt acknowledged there and loved and supported.”

The coffee shop, which also sells Bibles, rosaries, and even CDs, is proving popular among the local residents. Parents from St. Monica School pop in with their kids, teens stop by to savor anything from a latte to a pastry, and passers-by might be enticed to sit down under a red umbrella and soak in the view of the adjacent church. It’s a way for the parishioners to introduce to others what their church and its community has to offer.

Holy Grounds is actually just one of many church coffee shops springing up in the Los Angeles area.

Café Ignatius, a non-profit organization belonging to St. Agnes Korean Catholic Church, opened its doors in 2011. It is run by Fr. Choi, who has a passion for coffee and is an expert brewer, and he explained to Sprudge: “As a Jesuit and in the Jesuit faith, we find God in all things — coffee is in God and God is in coffee.”

But Choi and his team of volunteers don’t just serve up any old coffee — theirs comes with a prayer of “happiness, peace, and health.” Choi “believes that the mission of his faith is ‘for others'” and wishes for his customers to be able to spend time enjoying each others’ company.

Although these coffee shops aren’t profitable for the parish, their role is crucial in bringing about a sense of community that so many seek.

Not every church can offer an evangelizing coffee shop to its local community, but members can certainly offer a coffee or tea to a neighbor, someone in need, or — if your organization skills are up for it — arrange a parish picnic.

Read more:
Can the Catholic Church Save the Black American Community?