Letter shows Henry VIII’s rage against the Church, but also a kind of mercy 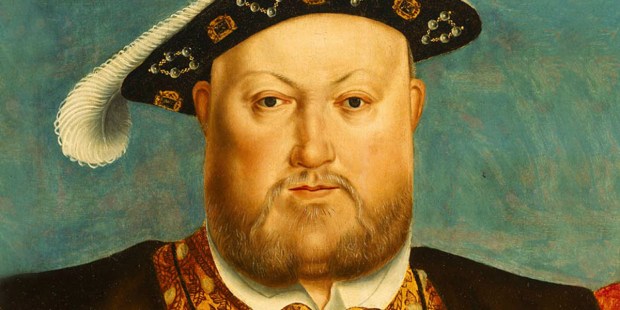 King wanted abbot drawn and quartered, but relented with a mere hanging.

In what appears to have been a slight change of heart by one of history’s most ruthless kings, a 16th-century letter shows Henry VIII commuting a priest’s death sentence to a more merciful form of execution.

The letter, which went on display Saturday, was written in response to the news that Henry’s attempted closure of an abbey had been stopped.

Henry ordered the death of the abbot, initially by hanging, drawing and quartering, before putting him on public display, according to Sky News. But those directions are crossed out and changed to a simple hanging.

The letter, thought to have been dictated to a secretary in October 1536, is on display at Cheshire’s Norton Priory Museum, along with a silver-gilt monstrance.

For Sean Cunningham, Head of Medieval Records at The National Archives, the letter shows that Henry took an interest in the suppression of the Church in England. He ordered the dissolution of the monasteries in 1536, a year after the executions of Sts. Thomas More and John Fisher.

“As a king with a reputation for delegation of the routine business of state, this draft signet warrant shows that Henry VIII did, in fact, take a very close interest in events that threatened his power and undermined his sovereignty,” Cunningham said. “We can almost hear his outrage as he decides on the most effective response to the news of events at Norton Abbey.