A whole town where the Gospel is just part of life — it’s not a fairytale, but a reality 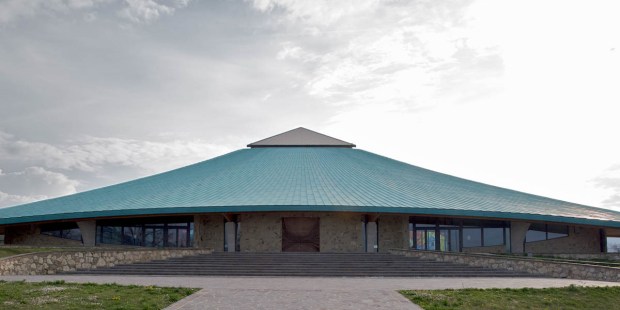 The founder of the lay Focolare Movement wanted ordinary people to have the earthly delight that monks enjoy.

Nestled in the hills of Tuscany, just south of Florence, Italy, the village of Loppiano could be like any other Italian town — known for its wine and food. Instead it is famous for the cooperation and collaboration among its residents, and something its founders call “reciprocal love.”

Loppiano was established in 1964 by Chiara Lubich and the Focolare movement. The village highlights the key principles behind the way of life proposed by the movement.

Starting in 1949 Lubich and her companions would take time to go into the mountains near her native Trento for rest and relaxation. But these mountain escapes ended up becoming decisive moments in the history of the Focolare movement.

Over time more and more people joined Lubich and her companions in the mountains, and the getaways became more formalized. Soon they were held over the summer holiday period when Italy essentially shuts down for a month.

Lubich and participants began referring to these getaways as “cities” because of the variety of people that took part, and the organization that was needed.

Then in 1962 Lubich found herself one day observing the Benedictine Abbey of Einsiedeln, Switzerland. Within those walls the monks were free to live their lives as the Gospels tell us to. Lubich wondered, what if there were a modern city, complete with schools, businesses, soccer fields, farms, where people could do the same while going about daily life?

The first few people who got on board with Lubich’s idea worked to restore old houses in the area. They learned to grow olives and grapes and become self sustaining. Their way of life was based on the key principles of the Gospels and town life emphasized community and collaboration.

Today there are about 900 people from 70 countries living in Loppiano. More than half of those residents live in the town permanently. The rest live there for between six and 18 months while they study at one of the various institutes based in Loppiano.

One of the things that draws people to Loppiano is the Sophia University Institute, which began offering degree programs in 2008. Students can earn degrees in Economic and Political Sciences, Culture of Unity, and Trinitarian studies.

There are also institutes in Loppiano that offer courses specifically for priests, religious men and women, and families.

But Loppiano is more than an academic center. After all Lubich’s dream was to have a city like any other modern city. Loppiano is also home to a vibrant arts center that includes Centro Ave, a center where painters, sculptors and architects create various pieces for chapels and churches around the world. The center also produces a line of small ceramic giftware pieces. Aside from Centro Ave, two professional artists are based in and have their studios in Loppiano. A company called Fantasy was started in Loppiano. Fantasy’s multicultural, Loppiano-based staff produces baby furniture and linens that are sold throughout Italy.

Agriculture has been important to Loppiano since it was founded. The first residents learned how to work the land in order to provide for themselves and others. Today the “Cooperativa Loppiano” is an agricultural cooperative with more than 4,000 members that produces olive oil and wine.

The town is also home to the sanctuary of Mary Theotokos (Mary Mother of of God). Because the inspiration behind Loppiano was that it should be a place where the Gospel comes alive in the midst of everyday life, Lubich was not overly concerned with building a sanctuary right away. In 1986, after visiting several shrines dedicated to Mary, Lubich felt that Loppiano needed a way to offer residents and visitors the type of encounter with Mary that she herself has experienced in other shrines.

The Sanctuary of Mary Theotokos was designed and built by the experts from Loppiano’s Centro Ave, and was inaugurated and dedicated in 2004.

Pope Francis will visit Loppiano on May 10. He will visit the Mary Theotokos Sanctuary where he will meet with members of the Focolare Community.