Humor in the Bible: Some passages that can make you LOL 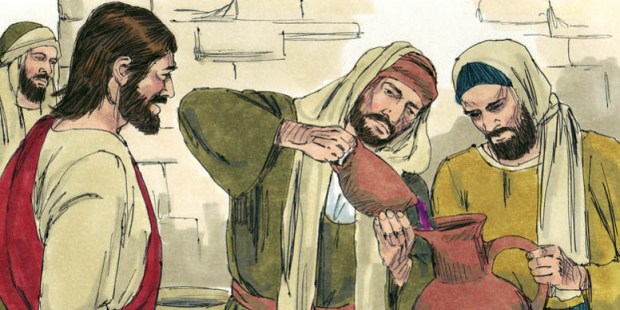 Do you know any others that have made you laugh?

Holy Scripture is not exactly known for being a laugh riot, but it has its moments. For one thing, the Three Stooges had nothing on the Apostles, who could be terribly literally minded, and a little slow, sometimes to hilarious effect.

Jesus too was fond of sprinkling his conversation with colorful expressions (e.g., pearls before swine) and images (e.g., camel passing through an eye of a needle), not just for yuks, but to teach and inspire.

For those of you who have ever found yourself (perhaps inadvertently) guffawing at the Sunday readings at Mass, what did you think was so funny?

Here are some good ones:

1. Pizza delivery at the Samaritan well?

One can literally end up laughing out loud when reading the Apostles came back with food for Jesus and completely misunderstood what he is saying:

They went out of the town and came to him.

But he said to them, “I have food to eat of which you do not know.”

So the disciples said to one another, “Could someone have brought him something to eat?” (John 4: 30-33)

2. People usually save the cheap wine for last, when everyone’s drunk.

What a wedding that was in Cana! Not like the usual affair, where they pull out the Wine-in-a-Box once everyone gets plastered.

Jesus must have known the reaction he’d get when he turned water into a fine Bordeaux even though everyone had already kicked off their shoes to dance the Hora.

Now there were six stone water jars there for Jewish ceremonial washings, each holding twenty to thirty gallons.

And when the headwaiter tasted the water that had become wine, without knowing where it came from (although the servers who had drawn the water knew), the headwaiter called the bridegroom10and said to him, “Everyone serves good wine first, and then when people have drunk freely, an inferior one; but you have kept the good wine until now.”

Jesus did this as the beginning of his signs in Cana in Galilee and so revealed his glory, and his disciples began to believe in him. (John 2: 6-11)

What would you do if you were at the Transfiguration? Set up tents, of course.

And he was transfigured before them; his face shone like the sun and his clothes became white as light.

And behold, Moses and Elijah appeared to them, conversing with him.

Then Peter said to Jesus in reply, “Lord, it is good that we are here. If you wish, I will make three tents here,
one for you, one for Moses, and one for Elijah.” (Matthew 17:1-9)

4. It’s too crowded in there, let’s lower this brother through a hole in the roof.

Perhaps this passage conveys Jesus’ desire for his followers to go to great lengths to know him, even to the point of looking ridiculous. In any case, it is a pretty funny thought: Jesus comes back to town and the whole town is there listening to him preach. But what’s that coming down from the ceiling?

When Jesus returned to Capernaum after some days, it became known that he was at home. Many gathered together so that there was no longer room for them, not even around the door, and he preached the word to them. They came bringing to him a paralytic carried by four men.

Unable to get near Jesus because of the crowd, they opened up the roof above him. After they had broken through, they let down the mat on which the paralytic was lying.

When Jesus saw their faith, he said to the paralytic, “Child, your sins are forgiven.”