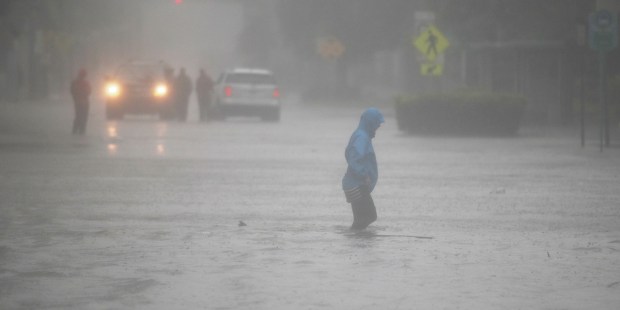 Puerto Rico still struggling to recover from Maria. Could a new set of powerful storms be coming?

Residents of Puerto Rico have still not fully recovered from last summer’s devastating Hurricane Maria, just one of several super storms that swept through the Caribbean and the southeast United States, but fears are rising that this year’s hurricane season might be just as bad.

New research shows powerful Atlantic storms are intensifying far more rapidly than they did 30 years ago, the Guardian reported.

What worries some scientists is that this is only the beginning of a trend, as they say the warming of the oceans is likely to stir greater numbers of storms in the future.

“The peak season for Atlantic storms, which officially starts on 1 June, is set to spur as many as 18 named storms, with up to five of them developing into major hurricanes, according to separate forecasts from North Carolina State University and Colorado State University,” the British newspaper said.

But scientists also point out that periods of strong storms occur in cycles, governed by Atlantic multidecadal oscillation (AMO), the cyclical rise and fall of Atlantic ocean temperatures over periods of 25 to 40 years. “Since hurricanes feed off heat, warmer water promotes cyclone activity, while cooler water tempers it,” explained the Tampa Bay Times.

After a period of about 25 years in which there were very few strong storms, ocean temperatures spiked in 1995, and so did cyclone frequency and strength. The hurricane seasons in 2013-2016 were calmer again, but 2017 saw 17 named storms, including the devastating Harvey, Irma and Maria.

“There are a lot of questions about whether 2017 was kind of a one-off,” Colorado State University hurricane scientist Phil Klotzbach told the Tampa Bay newspaper. “A fluke, so to speak.”

He said the salinity in the North Atlantic is dropping, and when the salt content goes down, water gets cooler. Thus, fewer hurricanes.

On the other hand, some scientists believe that since the world generally enjoys cleaner air, thanks to things like the 1963 Clean Air Act, pollution particles are no longer blocking sunlight as much. The increased ability for sunlight to warm the water is having an effect.

If that is the main driver of ocean temperature fluctuation National Oceanic and Atmospheric Administration climate scientist Jim Kossin said, that likely means an end to quieter, weaker storm seasons. Under that theory, 2017 could mean the continuation of this period of hyperactivity.