An inside look at the road to the priesthood 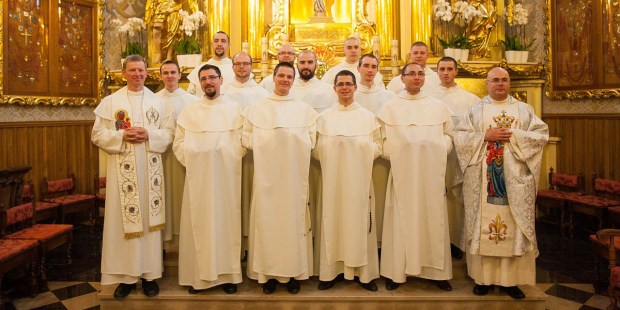 Here are the basic steps that outline a man’s journey to ordination.

Contrary to popular belief, priests are not born priests. They do not come out of the sky. Simply put, the path to ordination is a life-long journey, one that is not a “career move,” but a response to a divine call from God.

While some men do feel called to the priesthood during their childhood, many others are drawn towards it during high school, college or even later in life. There is no single path to becoming a priest, but all priests have one thing in common: a call.

At a certain point a man may feel called to the priesthood. This could be through prayer or the invitation of a parishioner. This man will continue to pray about this call and if it persists, he is urged by his parish priest or confessor to call the local vocation director (or the vocation director of a specific religious order, if it is a calling to religious life).

After conversations with a vocation director, he will undergo various physcological exams and background checks. This will help determine if he is fit to live the life of a priest. At the same time, he will visit various seminaries or monasteries to see first-hand what he is about to dive into. If the call persists and the vocational leadership team also sees the potential, he is admitted to a period of formation. Discerning the call to the priesthood is always a “team effort,” and the man is never alone in his journey.

At this point he does not sign a dotted line stating that he will become a priest. It is a “trial” period, where he is able to freely leave if he (or the superiors) discern that God is not calling him to the priesthood. Generally speaking (and this is not from any scientific survey) about one third of men in formation are ordained priests.

Read more:
Why most young men should enter seminary

For a religious man in formation, this usually consists of a few years in a “novitiate,” learning the way of life in the religious community. Typically after he professes solemn vows, he is then admitted to pursue the priesthood and several years later is ordained a priest. This process various considerably depending on the congregation.

In a diocesan setting, a man will either enter a college seminary or a pre-theology program, depending on whether he has already received his bachelor’s degree. After that, he is admitted to a theological program where he learns the ins and outs of a parish priest. On average a diocesan priest is ordained after 6-8 years of formation.

Throughout the entire process a man on the path to ordination will be appointed a spiritual director, who will help guide him in his inner struggles and discern what God is calling him to do. It is a long journey, one that is not entered into lightly. However, for those who feel great peace when thinking about serving the people of God as a priest, it becomes the greatest treasure they could ever have.