What is the Pentateuch? 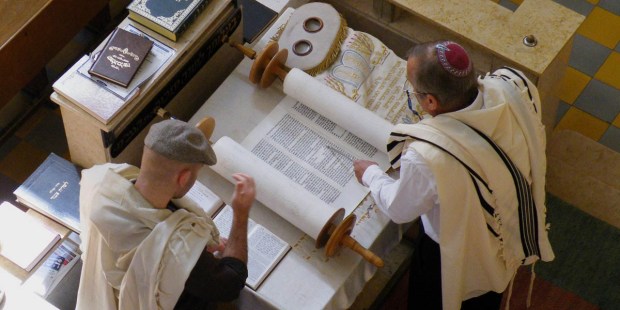 For those unfamiliar with the biblical term.

When studying the bible, one term that will often be mentioned is the “Pentateuch.” What is it?

The Pentateuch consists of the first five books of the Old Testament: Genesis, Exodus, Leviticus, Numbers, and Deuteronomy. These are often called the “Five Books of Moses,” as Jewish tradition claims Moses as the author. The word Pentateuch is derived from a Greek word, pentateuchos, which simply means a book with five volumes.

Jews usually refer to these books as the “Torah” (sometimes translated as “the Law”). The Torah serves as the essential reference point for Jewish beliefs. For Christians it is the foundation of God’s revelation that was to be later fulfilled in the person of Jesus Christ.

The content of the Pentateuch is described by the introduction to the New American Bible: “The Pentateuch witnesses to a coherent story that begins with the creation of the world and ends with Israel taking its land … For Christians particularly, the Pentateuch portrays the pilgrim people waiting for the full realization of the kingdom of God.”

While some parts of the Pentateuch can be difficult to read for the modern reader, these five books can come alive through a guided study and reveal how God created the world, established a people on earth and set them on a path to redemption.

Read more:
What did Jesus mean when he talked about the “iota”?