Femininity: What it is and how to embrace it as a modern woman 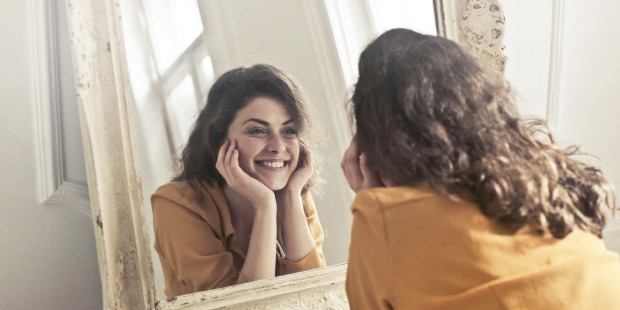 The “feminine genius” is something all women possess.

In her striking work written in French, My Body Doesn’t Belong to You, Marianne Durano, professor of philosophy and mother of two, denounces the technological and medical violence undergone by women of our era. She discusses important topics such as abusive gynecological practices, the contraceptive pill, pregnancy seen as an illness and thus over-medicalized, poorly adapted workplaces, assisted reproductive technology, and surrogacy.

But this book is not just an inventory of all the current technological interventions that alienate a woman from her body. Through her personal testimony as woman and mother, Marianne Durano proposes ways to help women reclaim their bodies, applicable on personal, social, and political levels. These proposals, founded on sound philosophical thought and articulated with sharp insight, are the true strength of the book.

Women are not deficient men

How do we celebrate the feminine body in a society that seeks to deny its specific features? Marianne Durano’s answer is simple: by ceasing to view a woman as a deficient man. In the last chapter of her book, the author explains how our society has been influenced by a philosophy which, from Aristotle to Simone de Beauvoir, shows contempt for the feminine body, is repulsed by it, or simply ignores it.

In response to this historical rejection, Durano proposes the feminine body, with all its particular characteristics, as a proper subject of philosophical reflection. This requires the recognition that a woman’s body is different from a man’s because it can welcome life. The potential for motherhood is not insignificant. The feminine body must be considered as a maternal body, a place from which life springs forth.

For Durano, motherhood is a fundamental feature of the feminine body. She denounces the hierarchical idea that masculinity takes precedence, and that women must deny their femininity in order to further resemble men, thus attaining utopian equality. Recognizing and valuing a woman’s incredible capacity to welcome life is essential to helping women embrace their femininity.

Marianne Durano reminds us that a woman’s body is not property, or a good, but rather a subject of good. How then do we prevent our bodies from being appropriated by pharmaceutical laboratories and an intrusive medical system? By learning to know ourselves, and to listen to our bodies without choking them with hormones. To achieve this, Marianne Durano calls for better information about natural methods of birth control, which depend on a woman’s knowledge of her cycles.

Too often presented as ineffective and obsolete, these methods are in fact very reliable if they are well understood and practiced. Many organizations train couples in these methods, and various apps allow women to track their cycles and take note of their daily observations. Learning to know your body and respect it is a great way to take charge of your fertility.

Living with the rhythm of the seasons

Understanding her cycle can allow a woman to recognize how her body experiences the four seasons every month: winter, phase of death and rebirth, coincides with menstruation; spring, when the body prepares for ovulation; summer, phase of plenitude which follows ovulation; and autumn, just before the next menstruation. A woman does not follow the same linear trajectory as a man in her relationship with time. Her body naturally diverges from the demands of the currently defined workplace to be equally productive and energetic every day of the month.

To help women take pride in their femininity, society must respect their nature. According to Marianne Durano, it is necessary to consider a woman’s relationship with time as distinct from a man’s. Every month, she lives a death and rebirth, signs of her fertility and potential motherhood.

Pregnancy: Being well surrounded at the right time

Marianne Durano also denounces the way in which our society sees pregnancy as a pathology, which can leave pregnant women beset by uncertainties and distress, sometimes in isolation. How can we avoid this profoundly biased view of pregnancy?

One way to counteract this mindset is to encourage associations that support pregnant women who are struggling alone. Another is to support gynecologists who empower women — who do not consider pregnancy an illness, but view a pregnant woman as a powerful agent in the delivery of a human being.

It’s important for an expectant mother to be well supported, including after delivery. Durano highlights the importance of postpartum “quarantine” — a period of 40 days after delivery during which the mother recovers from the exertion of pregnancy and birth. The importance of these few weeks should not be overlooked. Family and friends should surround the new mother with love to help her care for herself and her newborn.

Change begins with each of us

In order for these changes to take root, they must be adopted by society. Marianne Durano encourages a refounding of society on the home, rather than on finance. In fact, the original meaning of the Greek word “oikos,” from which we derive “economics,” is communal home. A return to the home would imply renewed appreciation for the helping professions and for education. These professions, often occupied by women, are too often denigrated in favor of profit-making jobs.

Do we have to wait for societal and political changes in order to fully live our femininity? For Marianne Durano, who defines the feminine body as a place of freedom par excellence, change begins at home, in self-governance. Every domestic act, such as cooking, crafting, and cleaning, must be lived as means of changing system that favours the bottom line. In this sense, women have an essential role to play in shaping the future, specifically in the upholding of respect for life and the transmission of values to younger generations. We must roll up our sleeves and embrace our feminine genius!