“By their fruit you will recognize them”: Netflix’s documentary ‘Wild Wild Country’ 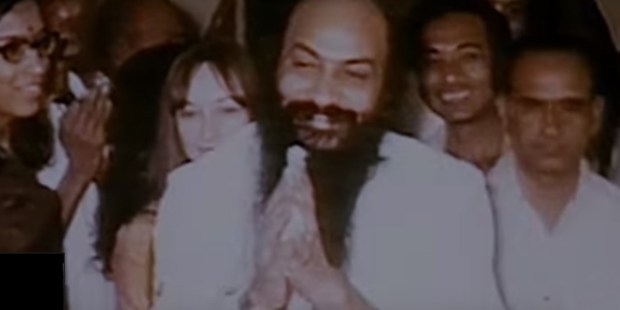 When faced with such obviously excessive practices, the common-sense simplicity of the Gospel seems to shine the most.

Osho was the leader of a group of people known as “sannyasins,” and now he is also the subject of Netflix’s Wild Wild Country, an absorbing six-episode documentary series by brothers Maclain and Chapman Way (you can check out the trailer by clicking here), that has been receiving glowing endorsements from other filmmakers and has scored 100% on Rotten Tomatoes.

Anyone with the slightest knowledge of new-age literature is likely to know who Osho was: a bearded Indian guru whose books have been translated into more than 60 languages and whose ashram, the Osho International Centre in Pune, India, still receives around 200,000 people each year. Yet most people probably know nothing about the most eventful section of his life, when he was known as Bhagwan Shree Rajneesh.

Rajneesh, who died in 1990, was a popular spiritual leader in India, attracting thousands of followers to practice free love and take part in his unusual style of meditation, a rare mix of primal screaming and dancing. However, by the 1980s he was at odds with the Indian government and decided to buy The Big Muddy ranch in Wasco County, Oregon. The land was largely uninhabitable but he sent his followers to built a city with a giant dam, an airport, an electricity station and a meditation center that could hold 10,000 people. They called the city Rajneeshpuram, and when it was ready, Rajneesh and his followers relocated to the US.

This is where Wild Wild Country picks up the story. The documentary focuses on the antagonism between the sannyasins and the Wasco County locals and it doesn’t matter how well you know the Rajneeshpuram story, you won’t have seen or heard it told as thoroughly as in this excellent Netflix series. There are extensive interviews, most notably with Ma Anand Sheela, Rajneesh’s personal secretary, but there are also interviews with some other important Rajneesh followers, investigative journalists, area residents (the town was called “Antelope” before it got its Rajneeshi name), lawyers, attorney generals, and politicians. These interviews are interwoven with news coverage from the time and archive footage from inside and outside Rajneeshpuram.

Much has been written about the not precisely harmonious life of Rajneesh followers, sure, but Netflix’s documentary is especially compelling because it shows how what was intended as a peaceful community allegedly based on freedom and love, with members dreaming of a better future for mankind, ended up as a weaponized death cult, not at all unlike Jonestown, the Aum Shinrikyo movement, the FLDS Church, or the Order of the Solar Temple. In the first episodes, Wild Wild Country manages to make the cult somehow attractive by portraying it as a loving community that could provide its members with a sense of purpose and self-realization. Yet by episode four we get to watch how the Rajneeshees, by purchasing plots of land in the vicinities of their new massive facility, then more than doubling Antelope’s population, win a majority of seats on the city council and change the town’s name to Rajneeshpuram. A bit later we already get to see them engaging in failed assassination plots, immigration fraud, the sedation of thousands of homeless people, and the largest bio-terrorist attack in US history. In order to win enough seats in a local election, the sannyasins, guided by Ma Anand Sheela, infected 751 residents in neighboring towns with salmonella by contaminating the lettuce served in local restaurants. By so doing, they would keep local citizens from being able to vote, giving the sannyasins a better chance to win in the county election. This attack led to a 20-year jail sentence for Ma Anand Sheela.

The documentary, though, leaves unanswered the question about whether the sannyasins were a genuine spiritual movement or a scam. One, of course, can make one’s own conclusions. Most former members still speak about Rajneesh with affection, as Jen Chaney has said in the review of the series she wrote for Vulture: “The Rajneesh faithful … still talk in glowing, tearful terms about their time living on the ranch and the impact that the Bhagwan had on their lives.” And here is the thing: even after acquiring a better understanding of Bhagwan’s appeal and charisma thanks to the series, when thinking about the nature of his movement I personally can’t stop of thinking on that line from the Gospels: “By their fruit you will recognize them. Do people pick grapes from thorn bushes, or figs from thistles?” As appealing as Bhagwan was as a charismatic character, one cannot turn a blind eye to the fact he did massive damage to most of his followers and that a lot of lives were ultimately ruined by his religious experiments and his pursuit of a “new man.”

The damage he inflicted can especially be seen in the type of lives the children were exposed to in the commune. Noa Maxwell, a Briton who spent most of his childhood in Osho’s ashrams, told Sam Wollaston in an interview for The Guardian that the children slept apart from their parents in an octagonal bamboo structure with bunks and that, for most of the days, they were pretty much left to their own devices, running wild, playing with the local (mostly dangerous) fauna. He tells Wollaston that there was actually a school in the commune, but he also tells him that when he eventually got back to his country (around the time he was 10 years old) he couldn’t read or write anything, or do two plus two. He did, however, know how to get stoned, how to smoke, and how to drink beer. Noa claims he never witnessed the type of violent orgy that is seen in some of the footage in the documentary, but he did see some freaky behaviour and he was certainly aware of the sex, telling Wollaston that he “could hear people having sex all the time, like mating baboons, gibbons.”

What kind of men and women could develop out of this Lord-of-the-Flies-like childhood? What kind of society could eventually be formed out of people who learned to drink and smoke before they were 10 and who were mostly unattended throughout most of their childhood? I’m not able to foresee any of the specifics of that possible society, but I have no doubt whatsoever that its general tenor wouldn’t be good. Especially when faced with such obviously excessive practices, the common-sense simplicity of the Gospel seems to shine the most: “by their fruit you will recognize them.”