In images: The powerful symbolism of the lion in Christian art

This kingly animal has a prominent role in Christian symbolism.

The lion has always captivated everyone’s attention. Often referred to as the “king of the jungle,”  its powerful strength makes it a force to be reckoned with.

St. Isidore of Seville explains a few of the attributes that make the lion a formidable animal.

“The lion is the king of all beasts, thus its name in Greek (leo) means ‘king’ in Latin… Their courage is seen in their front and tail; their endurance is in the head; and their strength is in the chest. If they are surrounded by hunters with spears, they look at the ground so as not to become frightened … They sleep with their eyes open. When lions walk, they erase their tracks with their tail so hunters cannot follow them.”

For these reasons the lion is often used in art to represent strength, courage, majesty, and fortitude. It is a frequent feature of medieval coats of arms or national flags.

In Christian usage the lion can symbolize Jesus. This is due in part to the lion’s reputation as the “king,” as well as an ancient belief that lion cubs were born dead and after three days were brought to life by their father’s roar. The book of Revelation also refers to Jesus as a lion: “Do not weep. The lion of the tribe of Judah, the root of David, has triumphed” (Revelation 5:5).

Go through the slideshow to learn more! 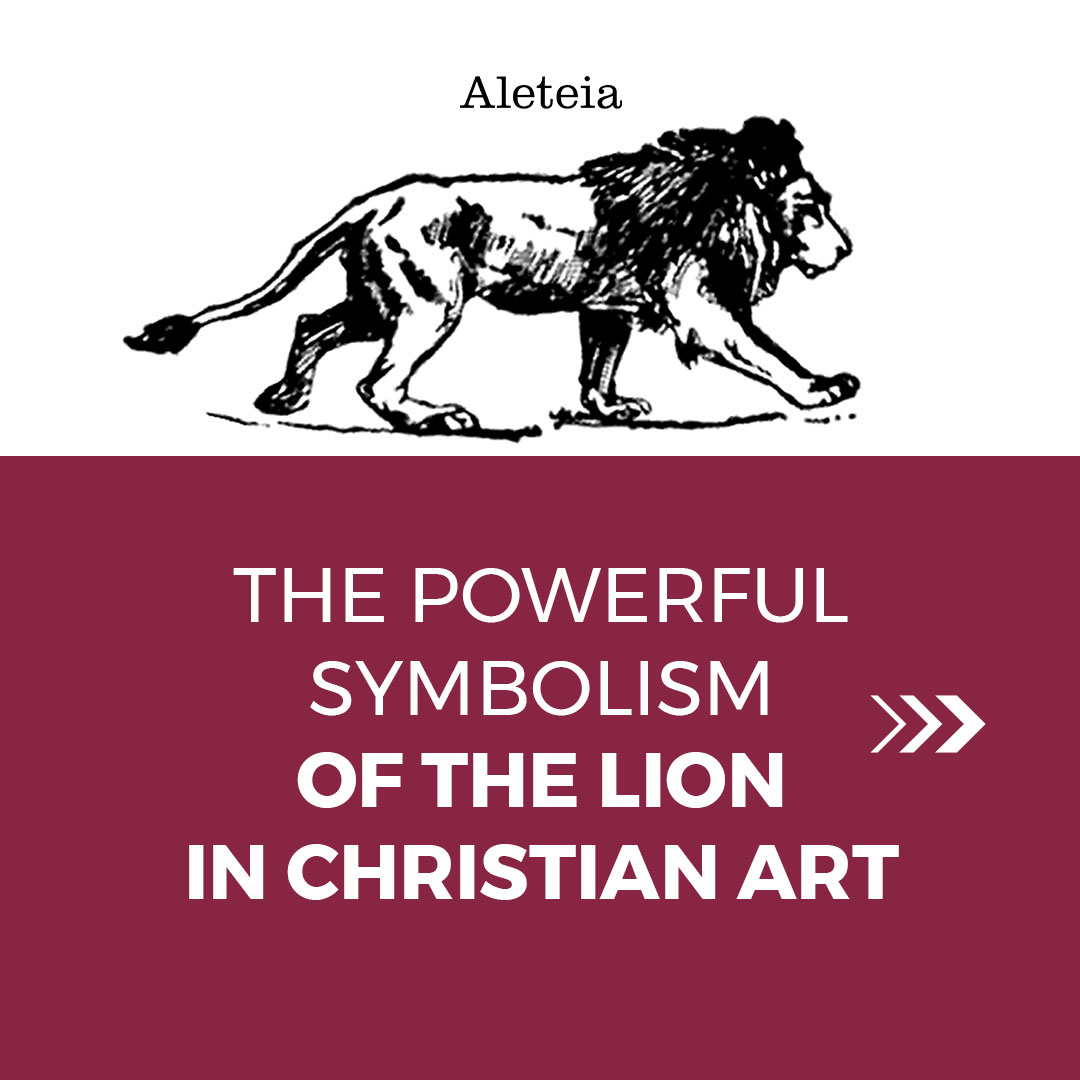