Andrea Bocelli in Fatima: Here every breath is a prayer 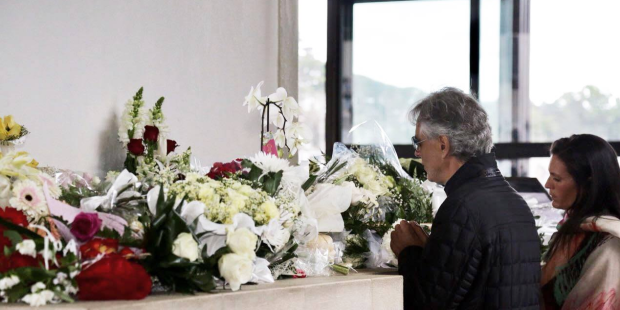 Every mother symbolizes Her, every womb giving life incarnates Her and brings Her among us …

The famous Italian tenor Andrea Bocelli was in Fatima this week, lending his voice to the ongoing celebrations of last year’s 100th anniversary, but also spending time in personal prayer.

On Facebook, he spoke beautifully of the role of the Virgin Mary and also of the shrine:

Meanwhile, the Facebook page of the Sanctuary had a picture to share of Bocelli, walking on his knees, as the faithful do to show their devotion and spirit of sacrifice in shrines around the world.

Read more:
The enigma of Fatima, the fall of Communism, and Islam

Read more:
What to do when you visit a shrine