Advice from St. Francis de Sales on how to be a virtuous person 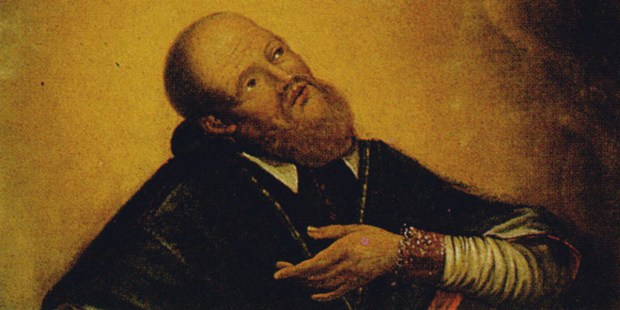 If you are struggling with practicing virtue, try this helpful tip.

St. Francis de Sales was a spiritual giant during the 17th century and wrote one of the most well-known spiritual classics of all time, called Introduction to the Devout Life. It was unique in its presentation of the spiritual life and was particularly directed toward the ordinary lay person in the world. Both Catholics and Protestants have found the book helpful in making sense of the mysterious workings of the Holy Spirit.

Here are five powerful quotes from this profound book, where de Sales details what is needed to practice virtue.

When we are beset by any particular vice, it is well as far as possible to make the opposite virtue our special aim, and turn everything to that account; so doing, we shall overcome our enemy, and meanwhile make progress in all virtue. Thus, if I am beset with pride or anger, I must above all else strive to cultivate humility and gentleness, and I must turn all my religious exercises,—prayer, sacraments, prudence, constancy, moderation, to the same object.

Every calling stands in special need of some special virtue; those required of a prelate, a prince, or a soldier, are quite different; so are those beseeming a wife or a widow, and although all should possess every virtue, yet all are not called upon to exercise them equally, but each should cultivate chiefly those which are important to the manner of life to which he is called.

Thus the common run of men ordinarily value temporal almsgiving more than spiritual; and think more of fasting, exterior discipline and bodily mortification than of meekness, cheerfulness, modesty, and other interior mortifications, which nevertheless are far better. Do you then, my daughter, choose the best virtues, not those which are most highly esteemed; the most excellent, not the most visible; the truest, not the most conspicuous.

And so some of God’s servants devote themselves to nursing the sick, helping the poor, teaching little children in the faith, reclaiming the fallen, building churches, and adorning the altar, making peace among men. Therein they resemble embroidresses who work all manner of silks, gold and silver on various grounds, so producing beautiful flowers. Just so the pious souls who undertake some special devout practice use it as the ground of their spiritual embroidery, and frame all manner of other graces upon it, ordering their actions and affections better by means of this their chief thread which runs through all.

Read more:
Want to get your life back on track? Here is St. Francis de Sales’ advice

Read more:
5 Practical tips on how to pray from St. Francis de Sales