Americans’ belief in God is found to be very mixed, according to Pew survey 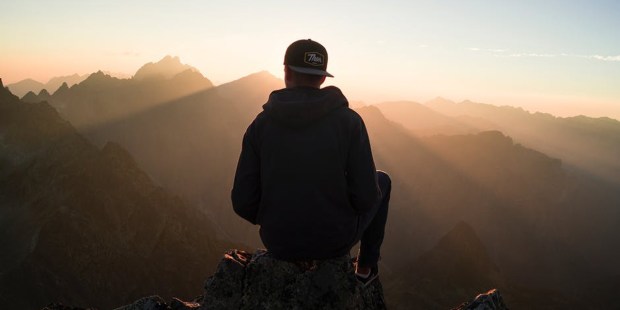 It’s one thing to report that a particular percentage of the population believes in God, while another percentage does not. But the Pew Research Center has drilled down even further than that, finding that those who do believe have very different ideas about who or what God is.

The latest Pew study began with a question about a trend towards non-belief in American society: “When respondents say they don’t believe in God, what are they rejecting? Are they rejecting belief in any higher power or spiritual force in the universe? Or are they rejecting only a traditional Christian idea of God—perhaps recalling images of a bearded man in the sky? Conversely, when respondents say they do believe in God, what do they believe in—God as described in the Bible, or some other spiritual force or supreme being?”

The results were surprising: Of more than 4,700 U.S. adults surveyed December 4 to 18, 2017, one-third say they do not believe in the God of the Bible, but that they do believe there is some other higher power or spiritual force in the universe. Fifty-six percent of Americans say they believe in God “as described in the Bible.”

Pew left the phrase “God as described in the Bible” up to respondents’ own understanding, but one thing emerged about those who do believe in “the God of the Bible”: they tend to perceive a more powerful, knowing, benevolent and active deity.

“For instance, nearly all adults who say they believe in the God of the Bible say they think God loves all people regardless of their faults, and that God has protected them. More than nine-in-ten people who believe in the biblical God envisage a deity who knows everything that goes on in the world, and nearly nine-in-ten say God has rewarded them, and has the power to direct or change everything that happens in the world.”

About 10 percent of Americans do not believe in any higher power or spiritual force.

While you wouldn’t expect any survey respondents who describe themselves as atheists to say they believe in God as described in the Bible, surprisingly, 18 percent do believe in some other kind of higher power or spiritual force in the universe.

One aspect of the survey that may be of particular interest to the Vatican, as it prepares for a Synod of Bishops meeting this fall on young people, is the relatively high proportion of unbelievers among young adults.

“Young adults are far less likely than their older counterparts to say they believe in God as described in the Bible. Sixteen percent of respondents aged 18-29 say they do not believe in God or a higher power of any kind, compared to 4 percent of those in the 50-64 age range.”

For columnist D.J. Tice, the finding explains why there might be more political division in the country today.

“There is a deepening political dimension to the religious divide,” Tice wrote in the Minneapolis Star Tribune. “Today’s political disagreements have become harder to compromise partly because ever more of them reflect bone-deep disagreements about human nature and even the meaning of life.” Furthermore, Democrats are divided among themselves by “a kind of religious schism,” he noted:

In recent decades, the Democratic Party has undergone a much-discussed transformation, from a party centered on the white working class to primarily a coalition of well-educated white professionals and an array of minority groups. One little discussed result seems to be this internal racial/religious divide.

“Obviously, so far white and nonwhite Democrats agree on more than enough worldly issues to obscure these religious differences,” Tice commented. “But one of the things unbelievers have the hardest time believing (and treating with respect) is how durable and consequential religious convictions can be.”