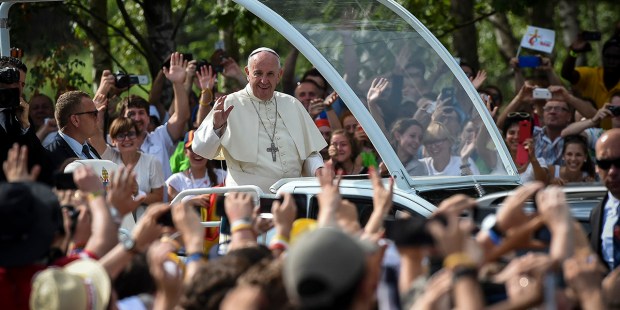 The indulgences are for those attending the event as well as those who are unable to travel to Dublin.

On May 21 a decree from the Apostolic Penitentiary declared that Pope Francis will grant indulgences to those attending the IX World Meeting of Families in Dublin, Ireland. The special congress will take place from August 21 – 26 and will culminate with a Mass celebrated by the Holy Father.

According to the Dicastery for Laity, Family and Life, the instructions explain “that the plenary indulgence is granted ‘on the usual conditions (sacramental Confession, Eucharistic Communion and prayer for the intentions of the Supreme Pontiff), in a spirit that is completely detached from affection for any sin, if they participate in some function’ during the meeting, ‘as well as at its solemn conclusion,’ in the presence of Pope Francis.”

Furthermore, those who are unable to attend the event “may obtain the Plenary Indulgence on the same conditions if, ‘united in spirit and in thought with the faithful present in Dublin they recite as a family the Our Father, the Creed and other devout prayers in order to invoke from the Divine Mercy the aims mentioned above, particularly at times when the Words and Messages of the Pope are broadcast via radio and television.'”

The document concludes by stating, “the partial indulgence is granted to the faithful whenever, with a contrite heart, in the indicated time they pray for the good of the families.”

About 22,000 people are already registered for the event, with an expected 2.7 million to attend the Papal events that will occur over the weekend of August 25-26.