When God wants what my neighbor wants, too: Who’s to blame? 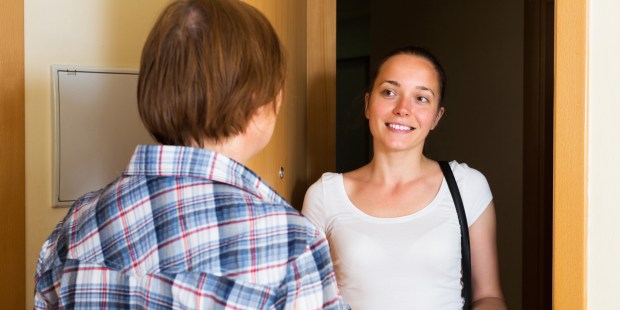 Does God ask too much when he asks us to pray but also to serve?

How often have you heard (or said) these words: “If God really wanted me to have a prayer life, he wouldn’t have given me this life!”

Lots of folks lament that the lives they must lead seem to be in conflict with what God commands — for example, “Pray always” (Luke 18:1). This conflict, I’ve heard people say, is a result of “poor planning on God’s part.”

In other words, if God is really serious about things like prayer and Sabbath, he should not have put us in vocations like family or ministry that demand everything from us and leave nothing left over. So … who’s got it wrong? God? Or us?

In last week’s column, I began a series on “spiritual chronic fatigue syndrome,” asking whether we are too busy and too tired to cooperate with God.

Doesn’t it seem that (at least much of the time) the demands of RIGHT NOW interfere with the Christian ideals of recollection, silence, and that peace which Saint Augustine described as “the tranquility of order”? Does God really expect a harried mother to say, “Sally, you’ll have to change your own diaper and make your own lunch, because Mommy needs to do her meditation now.” Would we tolerate a Catholic firefighter who says, “I’d love to put out that fire — I really would! But … it’s Sunday and it’s time for vespers …”

Are we getting that right? Are our lives and our daily duties and our constant crises absolutely irreconcilable with our Christian call to holiness, to union with God and to worthy worship? Is God being unreasonable? Are we being careless? Or are we doing the best we can — and God will just have to learn to live with it?

There’s no short and simple answer to such questions. But perhaps an illustration might help.

Years ago, I read the notes of a Carmelite nun reflecting on her 65 years in the cloister. She said that she was especially grateful for three things: 1) She received her First Holy Communion from Blessed Miguel Pro shortly before he was martyred; 2) she was able to enter Carmel at age 15, like St. Therese; 3) in 65 years of religious life she never once missed a period of scheduled prayer — except when charity to neighbor demanded it.

And if we find ourselves torn, conflicted, exhausted?

Well, if we didn’t care at all, then we would just walk away from our duties to God and neighbor. In that case we wouldn’t find ourselves exhausted because we would be giving nothing to God or to neighbor. If we find ourselves being pulled in different directions, that means that we are in the fight, that we have skin in the game, that we are trying to do what’s right even if we can’t quite figure out what that is precisely in any given moment.

Stumbling — even failing occasionally — is not the same as quitting, and is not a sign of being a disappointment to God.

Many good people torture themselves with this question: “Am I doing everything God is asking me to do?” I think a better question to ask ourselves is: “Am I doing only what God is asking me to do?” The first question can open us to the temptation to overextend ourselves, to try to do more than what God has equipped us for. That’s a failure in discernment.

The second question demands that we make a proper discernment: “Am I actually doing God’s work (the work he has called me to do) or am I simply working for God — asking God to bless whatever I’ve taken on?”

A wise spiritual director told me: “Not every invitation to do a good thing is necessarily a prompting of the Holy Spirit.”

The first step toward our being liberated from false dilemmas is to work with our families, friends and communities to discern what God calls us to, and what we need from him, ourselves and one another in order to answer that call.

When I write next, I will examine how a healthy habit of discernment can keep us from “spiritual chronic fatigue syndrome.” Until then, let’s keep each other in prayer.