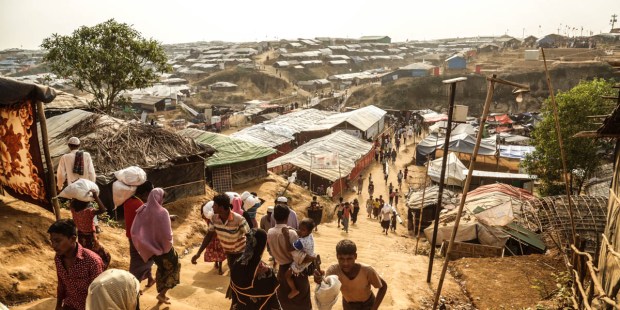 Violent persecution because of religious belief has become a global emergency.

Religious freedom is under pressure, and in some places, it is even “besieged,” according to Timothy Shah, of Georgetown University’s Berkeley Center for Religion, Peace, and World Affairs. “The worldwide erosion of religious freedom is causing human suffering on a large scale,” he added, “as well as serious injustices and threats to international peace and security.”

Outside of the West, tens of millions of human beings are “subjected to violent persecution because of their religious beliefs.” In the West as well, religious freedom “is subject to different pressures.”

The Witherspoon Institute’s Task Force on International Religious Freedom has studied these topics for years. In his book Religious Freedom — Why Now? Defending and Embattled Human Right, Shah summarizes the pivotal ideas of religious freedom in 9 points:

Michael W. McConnell, director of the Center for Constitutional Law at Stanford University, believes that “religious freedom is undergoing an organized attack, as has not happened since the Enlightenment.” He sees this attack “both in academic and legislative texts and in the open persecution we see in many parts of the world.”

In September 2015, Pope Francis said in Philadelphia, “Religious freedom is a fundamental right that shapes our way of interacting socially and personally with our neighbors, who have religious beliefs different from ours.” He went on to say, “Religious freedom, by its nature, transcends places of worship and the private sphere of individuals and families … The religious fact, the religious dimension, is not a subculture; it is part of the culture of any people and of any nation.”