Why we should be curious and then some, according to Venerable Bede 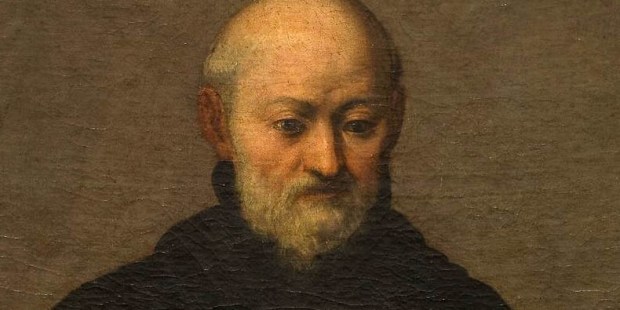 As our graduates head for the lazy days of summer, the man we honor on today’s feast has one final lesson to teach us.

Today most of us carry in our pockets a device with computing power several magnitudes greater than that present in Mission Control the day Neil Armstrong walked on the moon, with access via the internet to virtually the entire wealth of knowledge of the history of humanity.

We have the greatest potential for learning and growth of any society ever.

What do we do with this power?

We have the chance to grow in wisdom and virtue, but too often we fritter it away. Imagine if we made use of the learning at our fingertips. What could we do?

Today the Church raises up an example of a man of great learning, who likewise took advantage of the resources near him; but rather than dissipating the opportunity, he created works worthy of being called venerable.

St. Bede the Venerable (or the Venerable Bede, as he’s often called) was a monk and priest who lived in the north of England in the early medieval period. Born in the Kingdom of Northumbria in 672, Bede was first entered into a monastery at the age of seven. (This was a common practice of the time for young men of noble blood, a sort of early version of sending them away to boarding school.)

As far as places of learning went, Bede was immensely lucky: his monastery at Monkwearmouth was home to one of the most renowned libraries of the time. The abbot had brought back books from the continent, valuable sources such as Eusebius and Gregory of Tours. It is estimated that the abbey library contained 200 volumes—an enormous amount in a time nearly 800 years before the printing press, when any book would have been hand-copied.

The young Bede showed himself to be a promising scholar. He dove into every work available to him, from accounts of ancient controversies to scientific texts to the histories of the different peoples of Christian Europe. Bede himself became a voluminous writer, penning texts on a wide variety of subjects. With works on music, physics, Scripture commentaries, lives of the saints, and his famous history of the English people, Bede learned everything and wrote everything.

But Bede was not simply an intellectual gadfly, moving from fancy to fancy. As a devoted priest and religious, he was focused on God. As he wrote, “I was no longer the center of my life and therefore I could see God in everything.”

It was because Bede put God before all things that he could appreciate all things properly and see the way they were connected.

Often we use the word “curiosity” to describe this drive to know, but actually “curiosity” better refers to something else. The medieval theologians called curiositas that which attracted our attention to physical things, the things of the world. The attraction to true knowledge and wisdom they called studiositas, or studiousness.

These two terms aptly describe the difference between our modern habits and those of someone like St. Bede. Our society is built to rouse our curiosity, to draw our eye toward this app, toward that commercial, toward this movie or that song. Every social media platform is a curiosity trap, designed to draw us into ourselves, into, not even the world, but a virtual world.

Not that they can’t be used for good! People have used Twitter to host seminars on St. Augustine, or Instagram to share beautiful religious artwork. Certainly this is more in the spirit of St. Bede: drawing people toward God, raising the mind to the divine.

Read more:
Bird-Watching and the Breathtaking Personalism of God

We would do well to learn from him. There are apps to help us pray the Liturgy of the Hours, dozens of translations of the Bible available online, programs that open up for us the treasury of the teachings of the Fathers of the Church. Let us seek them out, using the internet as our own “monastic library” — and growing not just in curiositas but studiositas too.

Read more:
A technique from the Desert Fathers to control our negative thoughts