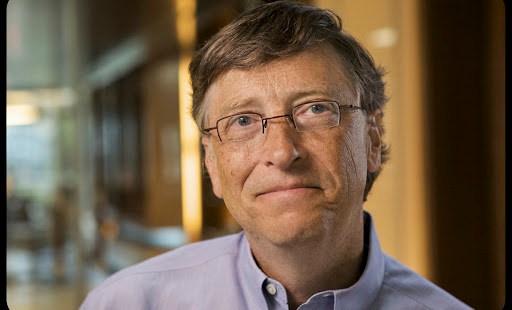 The billionaire philanthropist writes in his blog that four of his grandparents belonged to a “Christian sect” that believed illness was caused by sin.

Microsoft founder Bill Gates has included a book about the “prosperity gospel” in his list of recommended summer reading.

The book, Everything Happens for a Reason, is a memoir by Kate Bowler, a Duke Divinity School professor, who, when confronted a diagnosis of colon cancer, questioned her faith.

Before her diagnosis, Bowler had written a book on the “Prosperity Gospel,” which Gates defines as “the idea popular among some Christians that God rewards the faithful with health and wealth.” While she considered herself a believer, she didn’t subscribe to the idea that God rewards or punishes good or bad behavior.

“I had my own prosperity gospel, a flowering weed grown in with all the rest,” she writes. “I believed God would make a way.”

After her diagnosis that all changed. “I don’t believe that anymore,” she wrote.

In recommending the book, Gates writes that “the central questions in this book really resonated with me.”

“On one hand, it’s nihilistic to think that every outcome is simply random. I have to believe that the world is better when we act morally, and that people who do good things deserve a somewhat better fate on average than those who don’t,” writes Gates.

On the other hand, Gates, writes, taking a “cause-and-effect view” of the world can be “hurtful,” a lesson he learned from his own family history:

I have also seen how this line of thinking affected members of my own extended family. All four of my grandparents were deeply devout members of a Christian sect who believed that if you got sick, it must be because you did something to deserve it. When one of my grandfathers became seriously ill, he struggled to figure out what he might have done wrong. He couldn’t think of anything, so he blamed his wife. He died thinking she had caused his illness by committing some unknown sin.

While he takes Bowler to task for the book’s ending, writing that she has “too much integrity as a writer to offer pat answers or magic solutions,” Gates finds her answer to what the question of what he calls the “why” question, compelling, and something that offers a guide to daily living.

“As the title suggests, she rejects the idea that we need a reason for everything that happens. But she also rejects the nihilist alternative. As she said in one TV interview: ‘If I could pick one thing, it would be that everyone simmers down on the explanations for other people’s suffering, and just steps in with love.’ She even includes an appendix with six ways you can support a friend or loved one who’s sick. It’s worth dog-earing for future reference.”