Norbert McAuliffe: The newest “venerable” from the United States 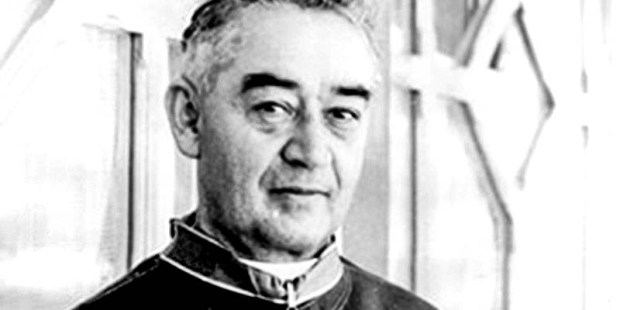 On May 19, Pope Francis issued a decree that recognized the heroic virtues of Br. Norbert McAuliffe, an American missionary in Africa. This declaration is a vital part McAuliffe’s cause for canonization, granting him the title of “venerable,” the next step before being beatified.

McAuliffe was born in 1886 in Manhattan, New York, and eventually joined the Brothers of the Sacred Heart, a relatively new religious congregation at the time. The congregation was founded by in 1821 by Fr. André Coindre in France and by the time of his death was beginning to spread around the world. According to their website, “Father Coindre had envisioned a community of brothers trained to work with the poor through the establishment of schools.”

Furthermore, their Rule of Life explains, “Our love for our brothers and the young people in our care radiates from the love Jesus has for us. Our dedication to others, marked by respect, kindness, and concern, will be a sign to them of the compassion of Christ.”

The congregation is primarily made up of religious brothers, with only a few members being ordained priests.

Initially McAuliffe served as a director of their house in Metuchen, New Jersey, for about six years before being sent as a missionary to Africa. He was sent to Gulu, Uganda, where he established the congregation’s first mission there. The country at the time was under British rule and the people were receptive to McAuliffe’s missionary activities. He remained there for 20 years until his death on July 3, 1959 at the age of 72.

His legacy lives on in Uganda and his life was an inspiration to the African people he ministered to in the region.

The next step in his cause for canonization requires the confirmation of a miracle brought about through his intercession.

Read our series on the “Saints of the United States.”