5 References to the Trinity in the Old Testament 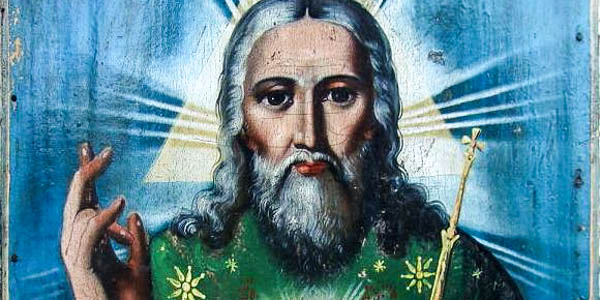 Throughout history God prepared his people for the ultimate revelation of his divine nature.

While Christianity didn’t come into existence until the incarnation of Jesus Christ and the coming of the Holy Spirit at Pentecost, God was preparing his people for this counter-cultural religion from the beginning of time. In fact, there are many places in the Old Testament where we can see little seeds of faith that would later bear fruit.

Here are five quotes from the Old Testament that many scripture scholars agree are hidden references to the reality of the Blessed Trinity.

Genesis 1:1 – “In the beginning God created the heavens and the earth. The earth was without form and void, and darkness was upon the face of the deep; and the Spirit of God was moving over the face of the waters.”

Genesis 1:26 – “Then God said, ‘Let us make man in our image, after our likeness; and let them have dominion over the fish of the sea, and over the birds of the air, and over the cattle, and over all the earth, and over every creeping thing that creeps upon the earth.’”

Genesis 11:6-7 – “And the Lord said, ‘Behold, they are one people, and they have all one language; and this is only the beginning of what they will do; and nothing that they propose to do will now be impossible for them. Come, let us go down, and there confuse their language, that they may not understand one another’s speech.'”

1 Samuel 16:13 – “Then Samuel took the horn of oil, and anointed him in the midst of his brothers; and the Spirit of the Lord came mightily upon David from that day forward. And Samuel rose up, and went to Ramah.”

Daniel 7:13-14 – “I saw in the night visions, and behold, with the clouds of heaven there came one like a son of man, and he came to the Ancient of Days and was presented before him. And to him was given dominion and glory and kingdom, that all peoples, nations, and languages should serve him; his dominion is an everlasting dominion, which shall not pass away, and his kingdom one that shall not be destroyed.”

Read more:
Here are three traditional ways to explain the Trinity to your children

Read more:
The Miracles of St. Patrick—How He Really Converted Ireland to Christianity