How to limit screen time during summer vacation 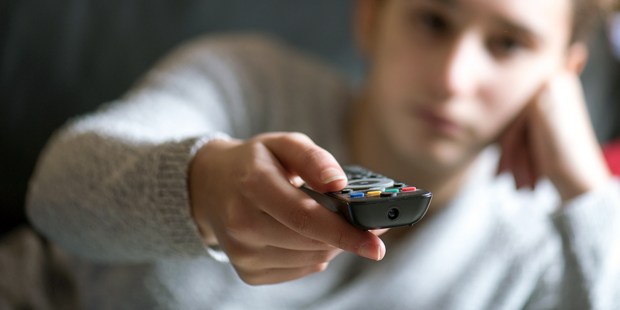 The most effective way to limit your family’s screen time is to start by limiting your own.

This morning I got a text from a friend that said, “My boys are already fighting about playing the PS4. Summer just started,” and all I could say in reply was,

Summer is here, y’all, and the screen time struggle is about to get real.

Maybe some of you are better at limiting screen time than I am, but my kids expect summers to look like weekends: screen time free-for-alls (provided chores are done and playing outside has been accomplished).

But that’s just not gonna happen. For one thing, screen time turns my children into hideous monsters who are quiet while playing and then raging stress balls of bickery when their turn is up. For another thing, screen time is just not good for their developing minds. A little bit is probably okay — a few hours, definitely not.

Luckily, ThriveGlobal just published a timely list of screen time tricks and tips for all ages. I’m pulling from the elementary and middle school list, because those are where the majority of my children are in life, but click through and read the whole thing for strategies to limit preschool and high school screen time.

Endpoints are my favorite things ever. I set timers for games like a boss, and my kids know that they are absolutely required to switch without complaint or they lose their next round.

Which is not to say that they ever actually switch without complaining — just because they know the rules doesn’t mean they’re going to follow them. But it does mean that I feel free to say, “You know the rules, you chose to give up your next turn.” And boy, do they ever hate hearing that.

What’s going to be difficult for me this summer are the second two suggestions. Helping them balance their day is hard when I’m working, but coming up with some age-appropriate crafts or activities they can do together with little parental guidance is a great way to keep them occupied and engaged without resorting to PJ Masks.

For that last one, though, I got nothing.

I mean, I know it’s true — I know the most effective way to model a healthy relationship with technology is to put my dang phone down already. And although I often use it for work, I don’t always use it for work … I often catch myself scrolling through Facebook for no reason at all while a child is telling me a story.

This does give me the added advantage of knowing first-hand how addictive screen time is. I don’t want my kids to grow up enslaved to their smartphone or TV screen. I want them to be free to leave the house without triple-checking that they have their phone on them. I want them to be able to slow down and enjoy the world around them.

But the only way to teach them to do that is to show them how — and the most effective way to limit our family’s screen time is to start by limiting my own.

Read more:
8 Ways to keep your child busy on a rainy day (without screens!)