The paradox of friendship in an age of social networks 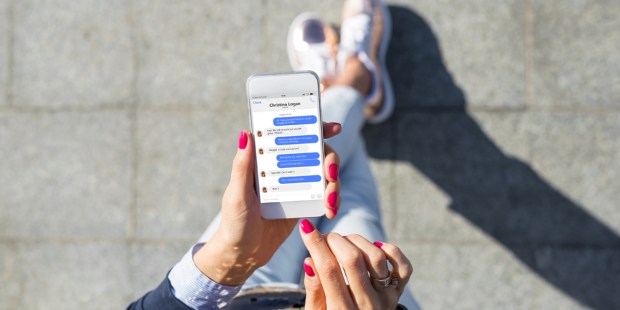 Without face-to-face contact, we lack the tools for real communication.

Jaume Aymar (Barcelona, ​​1957)—director of Ràdio Estel and the weekly Christian Catalonia, as well as dean of Philosophy at the Catalonia Philosophy Department—said he believes that “if a friendship is authentic, it will last forever.”

In this interview about friendship and resentment, he suggests that “betrayal” is what is most opposed to friendship.

It is a paradox that in a world with so many networks, contacts, and media, we experience such a dramatic lack of communication.

Friendships must be taken care of

“What is most opposed to friendship is betrayal; it is anti-friendship. Christ says to the apostles, ‘I have called you friends,’ and one of the friends betrays him. If you have ever experienced betrayal, it makes a tremendous impact. There is a psalm that says, ‘A friend who shared bread with me has even betrayed me,'” he added.

“Friendships have to be taken care of. You have to nourish them because they can languish,” he recommended. “If a friendship is true, I believe it is meant to last forever. A broken friendship can be restored but it’s not easy. It can be done, but resentment can be an obstacle.”

The help of mediation

A friendship is damaged, for example, when you can’t talk, when dialogue fails.

“Today there are mediation therapies that can help people work through a conflict. The mediator establishes a distance that can help both sides get a better understanding of what is happening,” said Aymar.

“Mediation has to be consensual. If both sides accept it, then it’s not an imposition; instead, the mediator becomes a referee that both want present. Mediation is a first step toward reconciliation.”

First the person, then the ideas

“In friendship, you focus first on the person, then the beliefs. Of course, beliefs are not secondary, since they also condition the person’s way of thinking. But if you really value the person, then you can get over the differences in the way you think.”

“I think we have to be very clear and let each one speak from his own identity, knowing that there are issues on which we will not agree, but that on many others we can set a common goal and enrich each other,” he said.

Clashes can be positive

“I have recovered some friendships from childhood but most of the faithful friends were there in my youth and adulthood,” he acknowledged. “Friendship is a treasure. It’s the greatest gift we can receive, the maximum relationship that people can have. Even when we think differently, when we are friends we can say so freely.”

He added, “In friendship there are moments when we clash, and that’s positive. It helps us to smooth things out. It’s an ongoing task and a beautiful adventure that we have to nourish.”