Pop in at a shrine on your summer holiday — Part 2: Eastern USA

See the site of the first Mass in the US, and if you're headed to Disney, there's a spot to see.

As your summer plans shape up, consider making a stop at a shrine.

Part II of this series covers the eastern U.S. We travel from Ohio east to Pennsylvania, Maryland, and south to Florida. There will be stops in Washington, D.C., and in Kentucky. All shrines listed are among the most popular shrines in the United States. 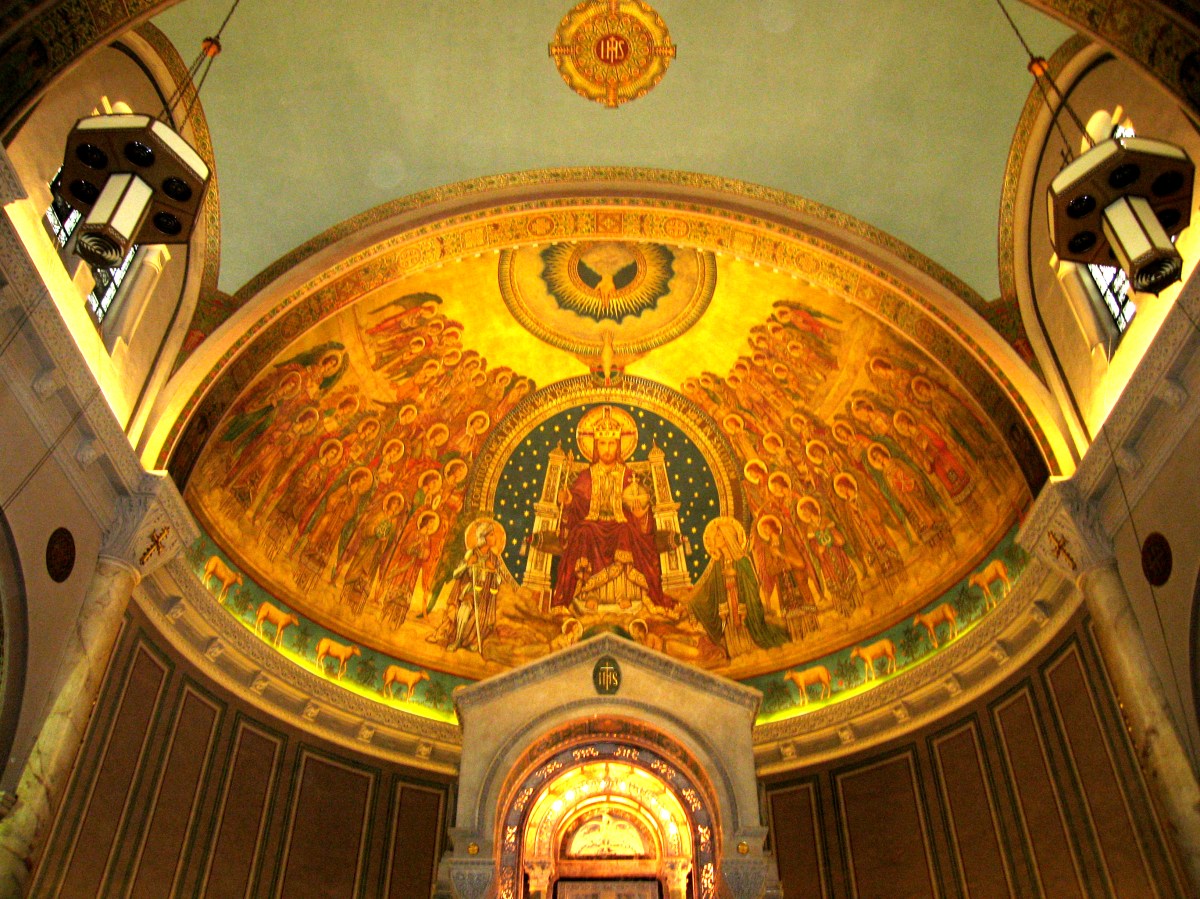 Basilica and National Shrine of Our Lady of Consolation
The opening of the shrine took place in 1875 as the statue of the Blessed Virgin was carried in a seven-mile procession from the church of St. Nicholas to its new home in Carey. Torrential rains were coming down, and miraculously the statue and all those walking in the procession were never touched by the rain. The Shrine is open 24/7.

National Shrine of St. John Neumann
Founder of the diocesan school system in the USA died suddenly in 1860 at the age of 49. As he requested he was buried under St. Peter’s Church in Philadelphia. After his canonization by Pope Paul VI, the church was renovated and also became a shrine. St. John Neumann’s incorrupt body is in a glass case under the altar visible to all.

National Shrine of St. Rita of Cascia
St. Rita, known sometimes as the persistent widow, lost her husband to violence and her two sons to illness. Through it all, she always maintained the values of healing, forgiveness, and peacemaking.

Shrine of Our Lady of the Miraculous Medal
The shrine is called the “Do It” shrine because besides distributing more than $300,000 to the poor and needy last year they also have distributed 75 million Miraculous Medals and 40 million booklets telling the story of the Medal.

Basilica of the National Shrine of St. Anne
The shrine honors Jesus’ grandma, St. Anne. The first Mass was celebrated here in 1904 on the Feast of the Annunciation. The Novena to St. Anne was started in 1924 with a crowd of about 200 people. By 1929 a new church had been built. The St. Anne Novena and Devotions have been drawing huge crowds ever since and every year a Solemn Novena to St. Anne is held during the month of July.

St. Anthony’s Chapel Shrine of Many Relics
Dedicated in 1883 on the Feast of St. Anthony, the shrine has almost 5,000 relics on site with over 800 encased in magnificent cases and available for veneration in the chapel.

National Shrine of St. Katharine Drexel
St. Katharine came from wealth and gave it all up to help the poor and needy. She labored for love of others from 1891 until her death in 1955. Pope St. John Paul II canonized her a saint on October 1, 2000.

Emmitsburg, Maryland is home to the following three National Shrines:

The National Shrine Grotto of Our Lady of Lourdes
This is the oldest replica of the Lourdes Grotto in the western hemisphere. It is like being in Lourdes and is a place of hope and peace.

The National Shrine of St. Elizabeth Ann Seton
A devoted wife and mother, she was widowed at the age of 29, and facing incredible hardships became the very first saint born in the American colonies. Her shrine is historic and the basilica is magnificent.

Shrine to St. Anthony
This shrine can be traced back to 1728 when several Catholic families settled the area. Jesuit missionaries provided the sacraments to the fledgling Catholic settlers.

Basilica of the National Shrine of the Immaculate Conception
This is the largest Roman Catholic Church in the Western Hemisphere and contains 60 different chapels, dozens dedicated to the Blessed Mother. The main church can hold up to 10,000 people. Visited by more than 1,000,000 people every year.

St. John Paul II National Shrine
The shrine was a major pastoral undertaking initiated by the Knights of Columbus in 2011. The USCCB designated the shrine a national shrine on March 14, 2014. Tens of thousands of pilgrims visit the shrine every year.

St. Joseph Proto-Cathedral
This is the first cathedral west of the Allegheny Mountains. The church opened in 1819 and was declared a national landmark by the U. S. Library of Congress.

Shrine of the Most Blessed Sacrament
In 1962 Mother Angelica founded Our Lady of the Angels Monastery, followed 18 years later by the launch of EWTN. Today it is known as the EWTN Worldwide Network. The shrine itself was dedicated and opened in 1999. One of the most visited shrines in the USA.

Shrine of the Immaculate Conception
Established in 1848, this is the first Catholic church in Atlanta and was damaged during the Civil War The present church was dedicated in 1873. It was declared a shrine in 1954.

Shrine of Our Lady of La Leche
Often referred to as “America’s Most Sacred Acre,” this is the site of the first parish Mass said in America. St. Augustine is our oldest city and was founded by Melendez de Aviles on September 8, 1565.

Basilica of the National Shrine of Mary Queen of the Universe
It started with a diocesan priest, Father Joseph Harte, praying at the grotto in Lourdes. The year was 1979. He could never have imagined that in 1993, more than 2,500 cardinals, bishops, priests, and delegations would gather together to dedicate the magnificent church that Pope St. John Paul II called a “house of pilgrimage.” If you are going to Disney—the church is right down the road. It is a must see.

Our Lady of Charity National Shrine
This shrine was built by the Cuban people to honor Our Lady of Charity. The first Mass was held on September 8, 1961, with over 30,000 people in attendance. The celebration in thanksgiving for the freedom attained after escaping communism has continued every year since.