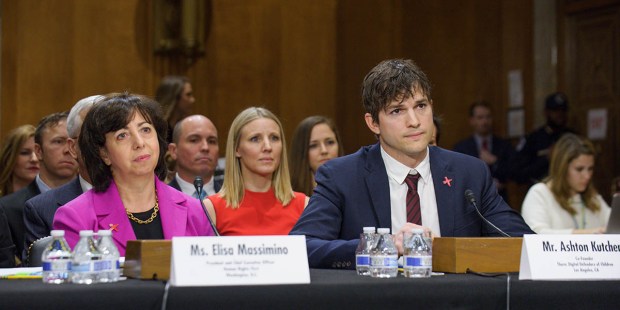 Thorn will continue its work “until every child can be a kid.”

Ashton Kutcher, 40, started the organization Thorn: Digital Defenders of Children with his ex-wife Demi Moore in 2009, with the goal of preventing and eliminating the exploitation of children. Now, nearly a decade later, the program is up and running and proving itself to be a success.

According to their 2017 impact report, Thorn has identified 5,791 child sex trafficking victims and led to the rescue of 103 children from situations where their abuse was recorded and distributed. The program is in the hands of more than 5,000 law enforcement officers utilizing the technology in all 50 states and Canada, and is estimated to speed up investigation time by up to 65 percent.

While the inner workings behind the technology are a closely guarded secret, Daily Mail explains a bit of the process:

Thorn uses web application Spotlight, which provides law enforcement with information and leads on suspected human trafficking networks, and ads which may be children, in order to identify and recover victims.

In February 2017, Kutcher spoke at a hearing of the US Senate Foreign Relations Committee, to which he made an impassioned plea for assistance in Thorn’s endeavor to end human trafficking and save children from abuse.

Kutcher became emotional while saying, “But the right to pursue happiness, for so many, is stripped away. It’s raped. It’s abused. It’s taken by force, fraud, or coercion. It is sold for the momentary happiness of another.”

He went on to describe some of his experiences as chairman of Thron. As Daily Mail explains:

He has met victims from Russia, India, and parts of the US and has been on FBI raids where he saw things “no person should ever see.”

He was seen holding back tears as he described a time that he watched a video of a child the same age as his own, being raped by an American man who was sex tourist in Cambodia.

He commented to the panel that, “This is the part where internet trolls start telling me to stick to my day job.” He went on to detail some of the chilling situations which Thorn deals with, before concluding, “That’s my day job, and I’m sticking to it.”

Last month he told 48 Hours, “You can roll up your sleeves and go try to be like a hero and save one person or you can build a tool that allows one person to save a lot of people.”