Pope Francis says “never again” to a “culture of abuse” 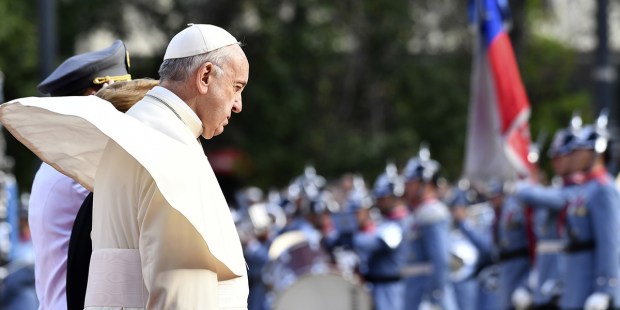 In a letter to the Catholics of Chile, made public on May 31 on the website of the Chilean Bishops’ Conference, Pope Francis affirmed his desire for a “new mentality” in the Church of that country, to better fight against the “roots” of sexual abuse committed by priests.

In this new eight-page letter, the pontiff affirmed to all the faithful his desire for an “authentic process of conversion and transformation” in the Church of Chile, after the scandal of the sexual abuses in this country.

Peter’s Successor said he wants to go in depth to understand the “roots that allowed such atrocities.” And to engage the Church in “a review and purification.” According to Francis, “the cry [of the victims] reaches up to Heaven.”

“With shame,” he admitted, “I must say that we were not able to listen and react in time.” He said that this explains Bishop Charles Scicluna’s mission to Chile in February, after the tensions caused by his own trip to that country last January. At that time, the pope commented that he had no “evidence” regarding one bishop in particular.

The same papal envoys are now headed to the diocese where that bishop works.

In concrete terms, the Sovereign Pontiff cited some ideas for creating a “new mentality” that leads to saying “never again to the culture of abuse, and to the system of dissimulation that allows it to go on.”

He said the Church in Chile needs a “personal, community, and social conversion.” It begins with the “renewal of the ecclesial hierarchy” through a new culture of “care and protection,” especially in educational centers and universities. But it also entails theological reflection in religious formation centers, theology departments, and seminaries.

The pope also said he wants a “wounded Church” that is able to understand and be moved by the wounds of today’s world. For “it is from the wounds [of Christ] that [the apostle] Thomas was able to confess the faith. “We are invited not to disguise or hide our wounds,” he added, because “the only one capable of healing them bears the name of Jesus Christ.”

The Pontiff also highlighted popular piety, which the Church has to learn because it “reflects a thirst for God that only the poor and the simple can know.”

The faithful, he said, are not second-class Christians. They should not be afraid to be the “protagonists of the transformation” needed. Otherwise, if pastors work as “little elites,” they create lifeless communities. “To uproot us from the life of the people of God will sweep us into desolation and the perversion of the Church’s nature.”

In support of this letter from the pope, the Chilean bishops published a statement thanking the pontiff, “who sheds light and guides us in the situation we are living through.” They stressed that they gathered in a climate of prayer to work on an overall proposal to prevent abuses and lend support to the victims.

This letter had been promised by the head of the Catholic Church to the bishops of Chile. The Pontiff had summoned them to Rome from May 15 to 17 to study with them the “responsibilities” and responses to the debates that are shaking the country on the handling of sexual abuse.

Benedict XVI took a similar measure when he wrote the faithful of Ireland, after calling the bishops of that country to Rome to discuss the situation of sexual abuse there.