Why venting causes more problems than it solves 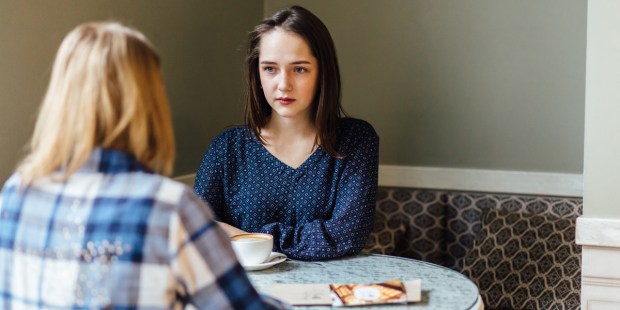 Not too many years ago, my life used to feel completely overwhelming.

I regularly felt out of control, stressed, and depressed, and lost my temper at the drop of a hat. It was understandable — after all, we had five kids and a dog and we lived in a swamp on a shoestring budget. It wasn’t exactly the high life. I knew I should be more patient and positive, but deep down inside I believed that life was unjust, and that I therefore had some right to vent about it.

It took me many years (and many, many taekwondo classes) to realize that venting did not release the frustration and anger that I felt. In fact, venting — even just a little bit — seemed to double, triple, or quadruple my feelings of unhappiness. According to a recent post at The Ladders, venting always makes anger worse — for everyone.

From Handbook of Emotion Regulation:

Focusing on a negative emotion will likely intensify the experience of that emotion further and thus make down-regulation more difficult, leading to lower adjustment and well-being.

And, as if the short term damage wasn’t enough, the jokes about anger and heart attacks aren’t very far off the mark. At all.

From The DBT Skills Workbook for Anger:

Research on anger has shown that chronic anger and hostility can increase one’s vulnerability to cardiovascular problems (Suls and Bunde 2005), cause problems in relationships, pose barriers to functioning at work, and get in the way of important goals (Kassinove 1995).

This particular article recommends mindfulness as a panacea to anger, which I’m sure would be helpful to a mindfulness-oriented person.

Unfortunately, I am not one of those people. Meditation, focusing on physical sensation, and studying my anger just don’t work for me. In fact, the attempt tends to make me even angrier. And as far as avoiding triggers … fuhgettaboutit. My anger triggers are also my joy triggers, and they’re constantly underfoot, in my face, and begging for a snack.

Here’s what does work for me: physical activity. When I feel myself getting frustrated, depressed, or angry, I do something to make me sweat. Hard.

Some days it’s beating up the punching bag, other days it’s quality time with Camp Gladiator, but either way the result is the same — I get the stress-relieving, mood-boosting benefits of exercise coupled with enough clarity to re-assess why I was angry in the first place with a little more objectivity.

However, exercise wasn’t actually the first key to getting my anger under control and locking down my habit of venting. The first key was to recognize when “talking” became “complaining” and to stop — right there.

Too many times I found myself telling my husband or friend about my day and feeling pretty okay when the conversation started. But somewhere along the way I would switch from talking to complaining, and my emotions would snowball. By the end of the conversation I would feel miserable, frustrated, and sometimes even hopeless.

I’m a little bit embarrassed to say that it took me years to recognize that I was creating these emotions by my own habitual complaining, but once I finally did I managed to clamp down on it. At first I just stopped talking about my days and my problems, which was admittedly drastic but effective. But over time I developed the ability to distinguish between discussing problems and complaining about them, and found myself venting rarely — if ever.

So if you’re in the habit of venting to just “let off steam,” it’s worth asking yourself if you’re actually letting off steam or creating it. If it’s the latter, find some ways to stop complaining about life and start living it.

Read more:
How to stop complaining so much and start loving life a little more